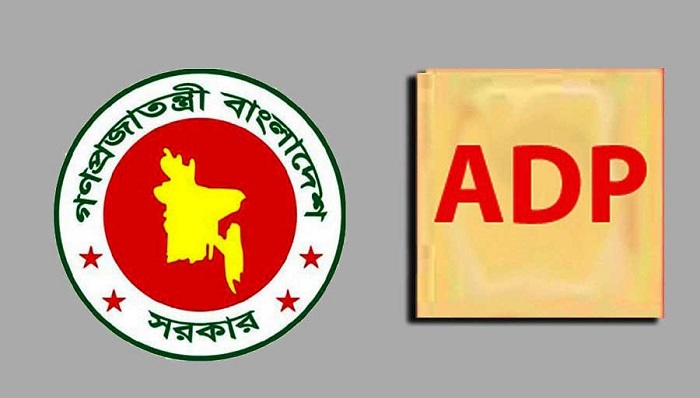 The prolonged Covid-19 lockdown dealt a serious blow to the development budget as the planned ADP execution nosedived to historically low in the just concluded fiscal year.

After the start of a poor show from the last month of the second quarter, ADP implementation finally managed to reach 80.18 percent, the lowest rate after the country’s independence.

All the ministries and division managed to spend an aggregate Tk1,613.21 billion against Tk2,011.99 billion revised ADP outlay.

“Development work was severely disrupted for a large portion of the last fiscal year. So, the ADP performance could not reach the expected level,” Planning Minister MA Mannan told the media on Tuesday.

The second lowest ADP performance was 80.66 percent which was achieved in 1992-93 fiscal year.

The ADP implementation witnessed a sudden twist from late March when a countrywide shutdown was imposed to avoid the spread of Coronavirus.

More than two-month-long shutdown until May put most economic activities, including the government development work, to almost a halt.

Besides, foreign funded ADP projects, especially the Chinese one, moved to a slow lane from early this year after Chinese officials and workers got stuck in China after Coronavirus outbreak there.

The Chinese project staff went home for enjoying year-end holidays just before the virus outbreak in Wuhan in late December.

Traditionally, ADP implementation remains very low in Bangladesh in the first half of a fiscal year starting from July 1 as mainly preparatory work is done that time.

The development plan gets acceleration from the second half and reaches its peak in the last quarter.

“Probably, we’re going to see the lowest ADP implementation in 2019-20 fiscal year in our recent memory because of the Covid-19 impacts,” Dr Zahid Hussain said while commenting on 57 percent implementation performance in 11 months.

However, he said low ADP performance should not be a headache for the nation right now because saving lives and livelihoods was the core issue for the government.

He put more emphasis on advancing the large schemes which are deemed transformational for the country’s economy amid Covid-19.

Last fiscal’s ADP figures suggest that Tk398.78 remained unutilised even after a drastic cut into the main ADP by Tk98 billion.

A year earlier, the implementing agencies could spend Tk1,671.86 billion from revised allocation of Tk1,766.20 billion to post 94.66 percent ADP.

However, it was a good sign for the economy as ADP implementation reached its peak in the last month of FY’20 as June spending was found to be Tk459 billion.

Economic analysts are against such a spending spree. They say such trend only encourages drainage and misuse of public money and it cannot ensure quality of public spending.