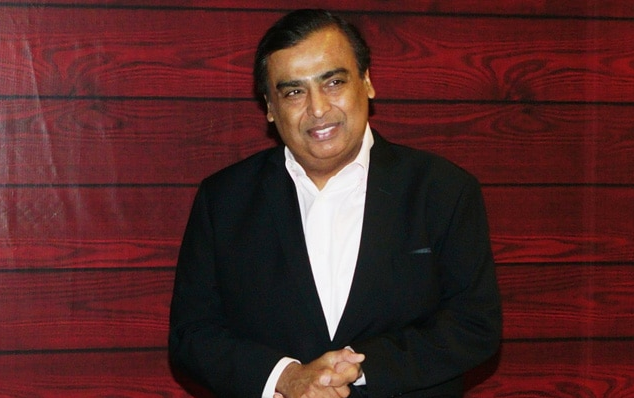 India's richest man surged past Silicon Valley tech titan Elon Musk as well as Alphabet co-founders Sergey Brin and Larry Page to become the world's sixth-richest person.
The chairman of Reliance Industries Limited, whose wealth surpassed Warren Buffett's last week, is now worth $72.4 billion, according to the Bloomberg Billionaires Index. Shares of the conglomerate have more than doubled from a low in March as its digital unit got billions in investments from companies including Facebook, Silver Lake and, most recently, Qualcomm.

Mukesh Ambani's energy empire is slowly shifting to e-commerce, with tech giants seeking to take a piece of India's fast-growing digital business. The world's second most-populous nation has seen a spike of foreign interest in its economy, especially from Silicon Valley, and Google said on Monday it will spend $10 billion in the coming years to help accelerate the adoption of digital technologies in the country.

After a drop in U.S. tech shares on Monday, Page's fortune now stands at $71.6 billion, while Sergey Brin's is at $69.4 billion and Tesla's Elon Musk is worth $68.6 billion. Warren Buffett's net worth dropped last week after he gave away $2.9 billion to charity.