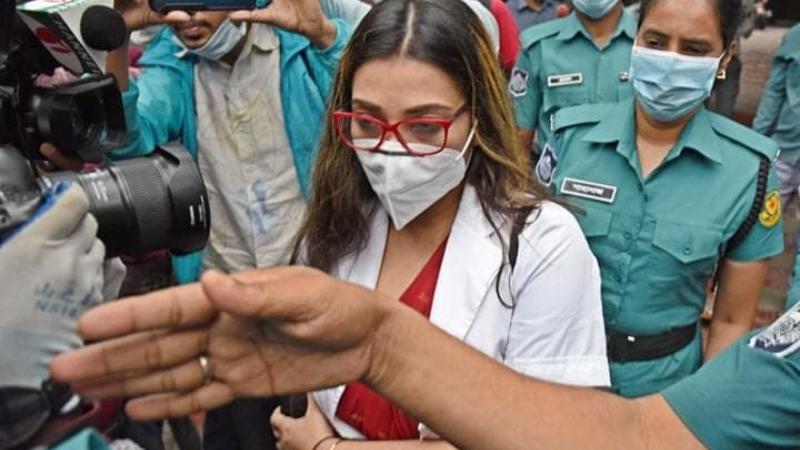 Earlier on Monday, a Dhaka court placed Dr Sabrina on a three-day remand in the case filed against her for issuing fake Covid-19 test certificates with Tejgaon Police Station.

Later in the night, the case was transferred to the Detective Branch (DB) of police for investigation.

Meantime, the Anti-Corruption Commission (ACC) on Monday decided to start investigation into the allegations brought against Dr Sabrina.

ACC decided to probe the allegations of amassing Tk 8 crore by Dr Sabrina with the help of her husband Arif Chowdhury through providing 15,460 fake corona test reports.

Meanwhile, the Health Ministry on Sunday suspended Dr Sabrina for her alleged crimes.