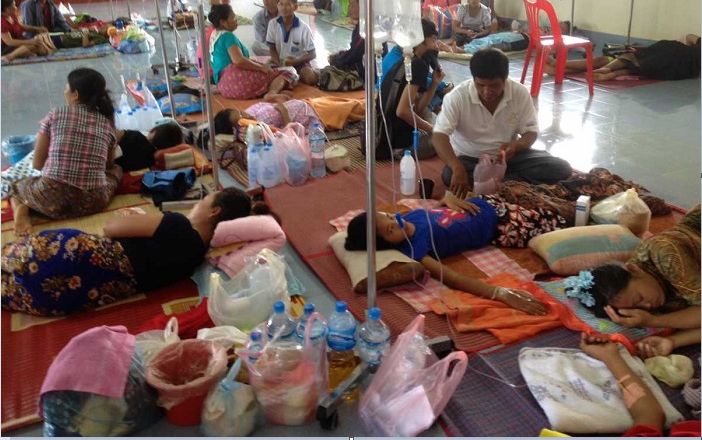 Laos Ministry of Health on Monday reported 254 new confirmed cases of dengue fever, with most of the cases occurring in Lao capital Vientiane.

A total of 2,990 people has been diagnosed with dengue fever and eight deaths were recorded, Lao Ministry of Health said in its press release on Monday.

The eight deaths included three in Lao capital Vientiane, two in Bolikhamxay, and one each in Khammuan, Xayaboury and Xieng Khuang province.

According to the World Health Organization, dengue fever is one of the fastest emerging infections and is currently the most rapidly spreading viral disease known, with Thailand, Laos, The Philippines and Singapore also seeing the high incidences. The number of cases in the western Pacific Region has more than doubled over the past 10 years.