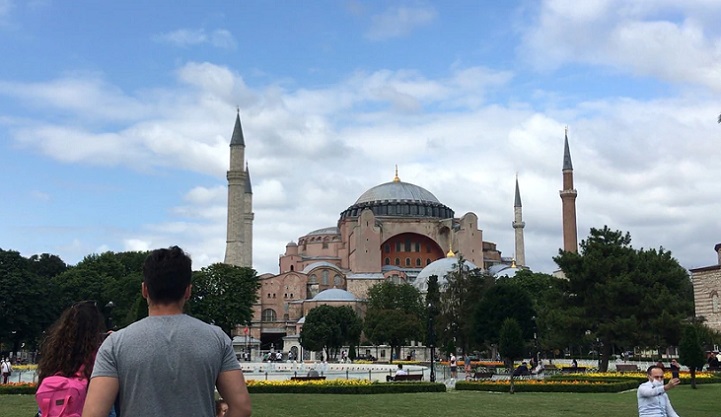 The UN's cultural agency UNESCO warned Turkey on Friday against converting the Byzantine-era Hagia Sophia museum in Istanbul into a mosque, urging dialogue before any decision is taken.

The Hagia Sophia, which was first a cathedral then a mosque after the conquest of Istanbul, is inscribed as a UNESCO World Heritage site as part of an area designated as "Historic Areas of Istanbul."

"This inscription entails a number of commitments and legal obligations," a UNESCO spokeswoman told AFP.

"Thus, a state must ensure that no modification affects the exceptional universal value of the property inscribed on its territory," the spokeswoman said, adding that any modification requires prior notification to UNESCO and possibly examination by its World Heritage Committee.

She noted that the Hagia Sophia was inscribed within the "Historic Areas of Istanbul" as a museum, a position that had repeatedly been communicated to Turkey through letters.

"We call on the Turkish authorities to initiate a dialogue before any decision is taken which could undermine the universal value of the site," the spokeswoman said, adding that this message was reiterated to the Turkish ambassador to UNESCO on Thursday.

Turkey's Council of State, its top administrative court, is looking at a case brought by a Turkish NGO that would allow the Hagia Sophia to be redesignated as a mosque, a move backed by President Recep Tayyip Erdogan.

The decision is expected later Friday, according to Turkish media.

The sixth-century edifice -- whose stunning architecture is a magnet for tourists worldwide -- has been a museum since 1935, open to believers of all faiths.

Hagia Sophia was first constructed as a cathedral in the Christian Byzantine Empire but was converted into a mosque after the Ottoman conquest of Constantinople in 1453.

Turning it into a museum was a key reform of the post-Ottoman authorities under the modern republic's founder Mustafa Kemal Ataturk.

But calls for it to serve again as a mosque have sparked anger among Christians and tensions between the historic foes and uneasy NATO allies Turkey and Greece.

But Russia, which has become an increasingly important partner of Turkey in recent years, has also urged against altering its status.