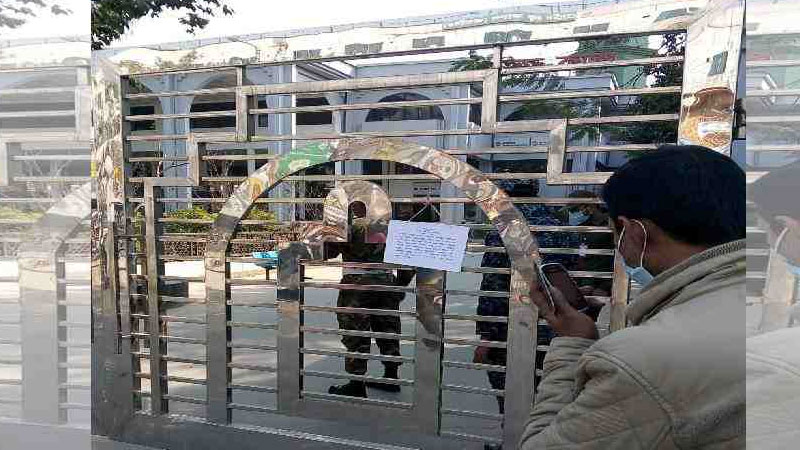 A total of 147 Bangladeshis, who returned from Rome airport by a Qatar Airways flight on Friday morning after they were denied entry into Italy suspecting that they might have been corona infected, were quarantined at Ashkona Hajj camp in Dhaka.

“All of them have been taken to Ashkona Hajj camp for necessary medical tests. Their information will be collected for further safety,” said airport Security Director Group Capt AHM Towhid-Ul Ahsan.

Earlier, Italy did not allow 151 Bangladeshi passengers to enter into the country who were on board a Qatar Airways flight from Dhaka.

However, Italian citizens of Bangladeshi origin travelling in the flights were allowed to enter.

At the same time, a pregnant woman was also allowed to enter on humanitarian grounds.

Earlier on Tuesday, the Italian government decided not to allow any special flights to and from Italy after several Bangladeshi passengers on the July 6 flight of Biman Bangladesh Airlines tested positive for Covid-19 despite having documents certifying that they had tested negative and were safe to travel.