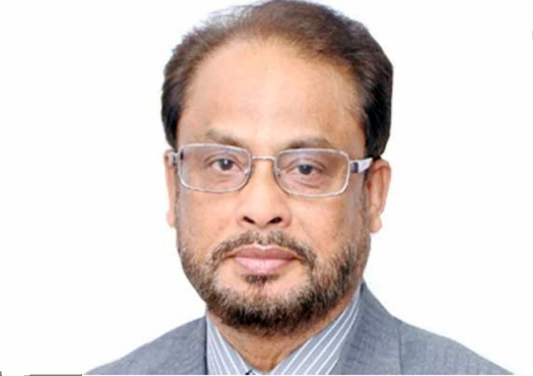 Jatiya Party Chairman and deputy opposition leader in Parliament GM Quader on Thursday questioned about getting license of a substandard hospital, Regent Hospital, from Health Ministry to provide COVID-19 tests.

"The question is how this kind of organisation, which don't have any facility for coronavirus testing, got license to do the job, what did the Health Department, which is supposed to supervise the overall process, do? ?" he said in Parliament.

He mentioned that on Wednesday the Prime Minister told something regarding the Regent Hospital and all came to know that she has to intervene in the matter and after that steps have been taken.

"A big damage has been done at the national level. People who are going abroad getting coronavirus negative tests are testing positive in foreign lands. Many countries are declining to accept these results from our country," he said.

GM Quader mentioned that many countries are not believing these test results and some countries already banned landing of aircrafts carrying Bangladeshi passengers.

"During that time Health Ministry failed to take proper preparations to give medical services. Later, it started callously and till now we can not say that adequate medical facilities have been created," he said.

Jatiya Party chairman said that if the facilities could have been established on emergency basis then the death rate might be much lower.

"It would not be correct to say Health Division did not do anything, but they were inactive while they were supposed to play their due role, their pace of work was slow when they had started their job. From the very beginning mismanagement and lack of coordination was clear in their activities," he added.

He put emphasis on increasing the number of testing labs to figure out the actual situation of the country and reduce the hassle of the common people.

The deputy leader of opposition also mentioned that lockdown would not bring any good result economically in the context of Bangladesh.

He said that through proper medicare facilities the fear regarding this virus can be reduced which is very much essential right now.

He asked the health ministry to increase the number of ICU and ventilators to give support to the COVID-19 infected patients.

Talking about the waterways accidents he proposed to establish a separate special tribunal.

He alleged that the authorities deployed to look after the plying of vehicles on the waterways are not performing their responsibilities properly. "If they do that then accidents would have been reduced significantly," he said.

GM Quader also asked the government to take preventive measurers so that syndicate could not control the price of raw hide during the coming Eid-ul-Azha like the recent years.

Expressing his apprehension regarding flood in the coming days, he said that there should be a coordinated effort to face the challenges due to the flood.