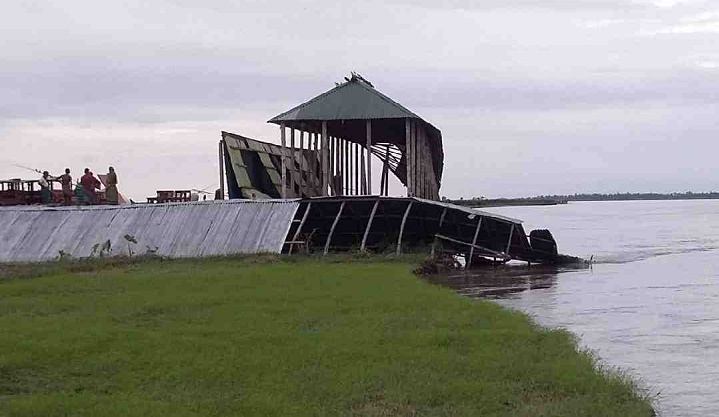 Although flood situation has improved in Kurigram and 16 rivers including Brahmaputra, Dharla and Teesta are flowing below the danger mark in the last few days, river erosion has taken a serious turn in the district.

Sardob, Mogholbasa and Nunkhawa flood control embankments were damaged due to erosion by the Brahmaputra, Teesta and Dharla rivers in the last few days.

Meanwhile, over 500 families have lost their dwellings due to river erosion in Joykumar, Thetai and Kalirhat areas in Ulipur upazila.

Juan Sotra Govt Primary School in Ulipur upazila went into the Teesta River within half an hour on Monday, said locals.

Ulipur Upazila Education Officer Mozammel Haque Shah, said they will shift the school to a nearby village.

Permanent steps will be taken to save the areas from river erosion after monsoon, he added.