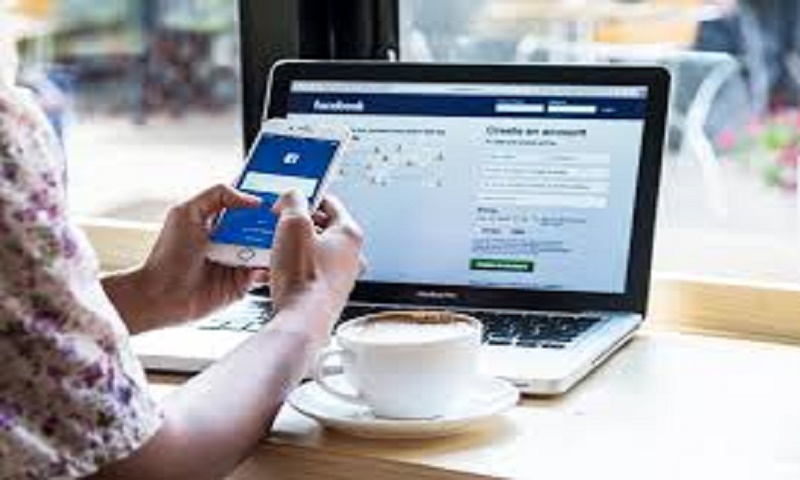 Though many people use the Facebook platform commercially, most of the people, using Facebook, are common users. They usually write posts, post photos in their timeline or do like, comment on others’ post or photos. Someone may post on public interest issue, or on awareness issue or merely a fun post. That means, everyone is using his profile as per his/her standard. How (s)he will use his/her profile, what (s)he will post in his wall depends on user’s will. That’s why sometimes we may see that a Facebook user after posting a post or uploading a photo goes like this-“please ignore if you don’t like the post but don’t leave any bad comment” or “please use your own wall to express your opinion”. Relevantly to refer here that one of my friends posted recipe of ‘chicken shwarma’ in this pandemic situation with photo with a humble plea “Please don’t take it otherwise” or a sale post posted by an online seller in her page saying “you have choice to avoid the post, don’t degrade yourself by leaving negative comment here”.

Posting normal, regular posts followed by this kind of plea indicates that while people are free to express their opinion in their wall and comments, simultaneously others are free to leave comment or oppose the view, which sometimes, the poster may find offensive. Reason working behind this situation is the common tendency of the Facebook user that –I can write anything on my wall as the Constitution itself gives me the freedom to express my opinion. At the same time, others, on the basis of same freedom of expression attacking the views expressed by others. The exercise of right to free speech so freely often crosses the limit which results in hate speech, harassment or bullying. So, Facebook user should be cautious enough to maintain the limit of free speech.

To meet the challenge of balancing the limit for free speech while expressing or sharing opinions, one has to know definitional boundaries of the same.

Free speech refers to the right to express any opinion without censorship or restraint. We can use the term synonymously with ‘freedom of expression’ as enshrined in Art.39 in the Constitution of Bangladesh which states that subject to any restrictions imposed by law in the interest of the security of the State, friendly relations with foreign states, public order, decency or morality, or in relation to contempt of court, defamation or incitement to an offence, the right of every citizen to freedom of speech and expression are guaranteed. That means, a person has constitutionally guaranteed right to express his/ her opinion either offline or online. But this right is not absolute and is limited by some factors stated in the said article. People often, mainly in social media, violate the norms of decency or morality or any other restrictions put on the freedom of expression, which may result in hate speech or even if not so, an offence under the law of our country.

On the other hand, there is no universally accepted definition of hate speech. So, we can refer here the European Union’s attempt to define hate speech as the public incitement to violence or hatred directed to groups or individuals on the basis of certain characteristics, including race, colour, religion, descent and national or ethnic origin. In line with this definition many countries have adopted laws on hate speech, though the definitional scope may vary from country to country.

In Bangladesh, though we don’t have any direct provision on hate speech but constitutional restrictions put on freedom of expression gives indication as to what amounts to hate speech. In addition, the Digital Security Act, 2018 and the ICT Act, 2006 clearly forbids any online activities that affect the spirit of religious sentiment, Liberation War, Father of the Nation respectively. Regarding hate speech in Facebook, it has categorised certain characteristics, known as ‘protected characteristic’ and any attacks, either by post or comment or video, against which can be termed as hate speech. These are race, ethnicity, national origin, religious affiliation, sex, gender identity or serious disability or disease. So, it is seen that statement or comment shows hatred to any group or individual on the basis of their race, colour, sex, ethnicity, religion or origin or any other issues as prescribed so by the national law, constitutes hate speech.

To come under the purview of hate speech some specific conditions need to be met. Any speech that hurts someone can not be considered as hate speech and it is contextual when something crosses the line of free speech. Many online activities that degrade people by leaving bad comment, spreading false news or rumour against someone, attacking others’ views and thereby defames and humiliates an individual or group may not come under hate speech but that can be termed as cyber bullying or harassment, which is also an offence under the law of Bangladesh. Even the Facebook authority has strong stand against bullying, harassment in the name of freedom of expression. And if anyone reports this kind of incident, Facebook authority, subject to proper scrutiny, takes action that includes to remove contents, disable accounts  and even work with law enforcement (as per Facebook community standards).

Facebook’s mission is to create an open platform where people can get connected by sharing views, photos, contents, videos, etc freely but it must not any how disrespect the rights of others. Different people has different ideologies and they can express it in the Facebook platform and if someone don’t like the views (s)he can express disagreement in decent way, can place opposite argument or can ignore but cannot any how attack or humiliate that person in the form of hate speech, harassment or bullying. We should be more tolerant, more careful and more respectful while using social media. And only our tolerant attitude towards opposite views will establish a peaceful platform where every user feels safe to get connected through sharing expressions.

The writer is an Assistant Professor,