3 held with foreign currencies in Jashore 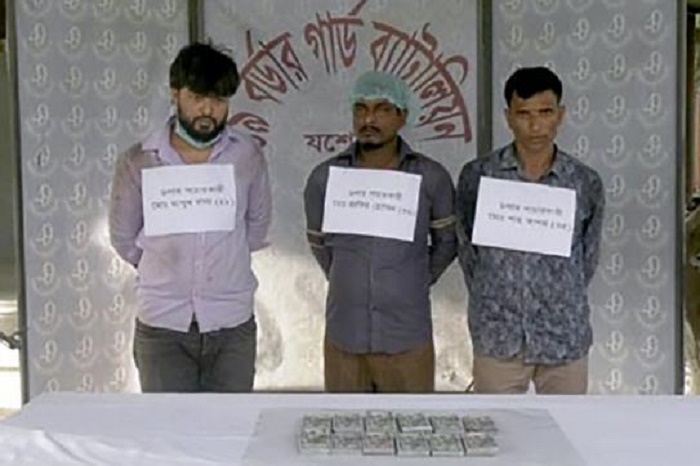 Border Guard Bangladesh (BGB) has arrested three people, who are involved in gold smuggling and illegal transactions of foreign currency, with USD 15,000 in a raid at the bus stand area of Jashore-Khajura road on Friday night.

Lt Colonel Md Selim Reza, commanding officer of BGB-49 Battalion said, “Acting on a tip off, a team of BGB men stopped a Dhaka-bound bus from Benapole and recovered USD15, 000 (1.23 crore in Bangladeshi Taka) after searching their bodies”.

During the preliminary interrogation, they confessed to the BGB that they were involved in hundi and gold smuggling, he said.

A case has been filed against them at Jashore Kotwali police station, Selim Reza said.