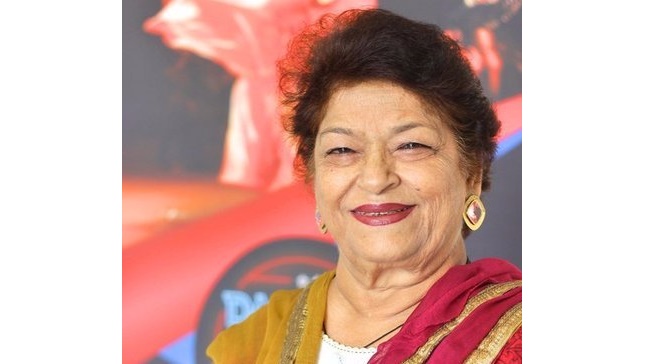 Bollywood choreographer Saroj Khan died of a cardiac arrest at the age of 71 on Friday morning. She was admitted to Mumbai’s Guru Nanak Hospital last month after she complained of trouble in breathing.

Fondly called ‘Masterji’ by stars whom she choreographed, Saroj directed over 2000 songs in her long and storied career. Her most famous collaborations were with actors Madhuri Dixit and Sridevi.

Saroj Khan was in the hospital since June 17 after she complained of breathing difficulties. She had tested negative for the coronavirus disease (Covid-19).”She passed away due to cardiac arrest at around 2:30 am at the hospital,” her nephew Manish Jagwani told news agency PTI.

Tributes poured in for the ace choreographer. Akshay Kumar wrote on Friday, “Woke up to the sad news that legendary choreographer #SarojKhan ji is no more. She made dance look easy almost like anybody can dance, a huge loss for the industry. May her soul rest in peace.”

Born in 1948, Saroj Khan started her career as a child artiste at the age of 3. Graduating to a back-up dancer in the 1950s, she worked with choreographer B Sohanlal.

She won three National Awards for Best Choreography for her work in Devdas, Jab We Met and the 2007 Tamil film Shringaram. Her signature moves in Hawa Hawai, Chandni, Tama Tamma, Ye Ishq Haaye, Ek Do Teen, Dola Re Dola and Dhak Dhak Karne Laga are remembered to this day. She also worked on TV as a reality show judge between 2005-2010.

Saroj Khan is survived by her husband, son and two daughters.