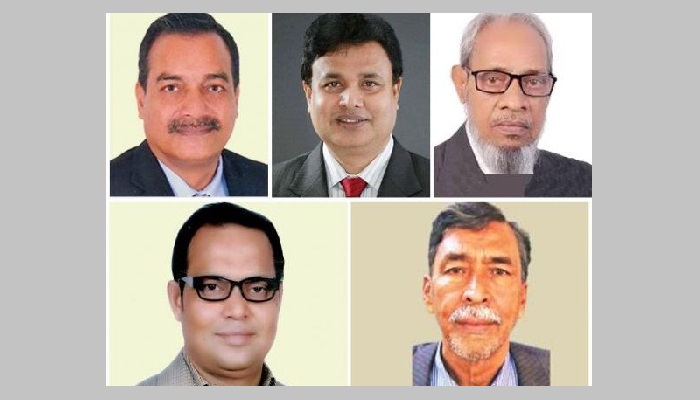 BNP MPs on Wednesday turned down the national budget passed in Parliament  on Tuesday as they think it will only create further scopes  for those who plunder public money instead of helping the nation overcome the coronavirus fallouts.

Five MPs of the party also tore the copies of the national budget at Manik Mia Avenue in front of the parliament complex by registering their protest against the ‘anti-people’ budget.

They took position there to voice their reactions  to the national budget on the very first day of the new financial year.

They demanded the government come up with a roadmap to overcome the coronavirus crisis and replace Health Minister Zahid Maleque with a competent one.

In a written speech, BNP’s female MP Barrister Rumeen Farhana said the new budget will only inflict more sufferings on people now struggling due to the coronavirus.

“This budget will push crores of hungry people who have become jobless due to coronavirus towards a famine, and it’ll put the food security at risk by destroying the agriculture. It’ll invite a deep economic recession instead of helping revive the economy…overall, the budget will widen thecscope for those who indulge in plundering the country’s assets.  So, we reject the budget,” Rumeen said.

Earlier on Tuesday, Parliament  passed the Tk 568,000 crore national budget for the fiscal year 2020-21, with the slogan 'Economic Transition and Pathway to Progress'.

Finance Minister AHM Mustafa Kamal on June 11 placed the budget to achieve an ambitious 8.2 percent GDP, which has been revised to 5.2 percent in line with maintaining a 5.4 percent inflation for the next fiscal overcoming all the challenges and impacts of the COVID-19 global pandemic.

Rumeen Farhana said they put forward a proposal to the Speaker for virtual discussions on the national budget but it was not accepted.

“The general discussion on the budget was held for a day only. It's unimaginable! We believe the government wanted to conclude the session as soon as possible in order to avoid criticisms  against an ordinary proposed budget during a serious crisis like corona,” she said.

Rumeen said the budget did not focus on welfare of the country’s 90 percent people, and it has no guideline to protect people’s lives and livelihoods amid the coronavirus.

Harun said people’s issues and the crisis they are facing were not discussed in  Parliament.

About his  address in Parliament , the BNP said he sought the resignation of the health minister for the sordid condition in the health sector.

“I talked about the reform in the health sector. But the Prime Minister didn’t say anything about it. Though it was told from the highest level of the government about showing zero tolerance against corruption, it is not there in reality,” he said.

He demanded the government give a roadmap immediately to contain the coronavirus.

“The government will have to place specific plans before the nation to get rid of corona and protect people from it. We the BNP MPs demand immediate removal of the health minister and his replacement with a competent person. We also turn down the impractical budget passed yesterday (Tuesday),” he added.

Later, the MPs tore the budget copies together.