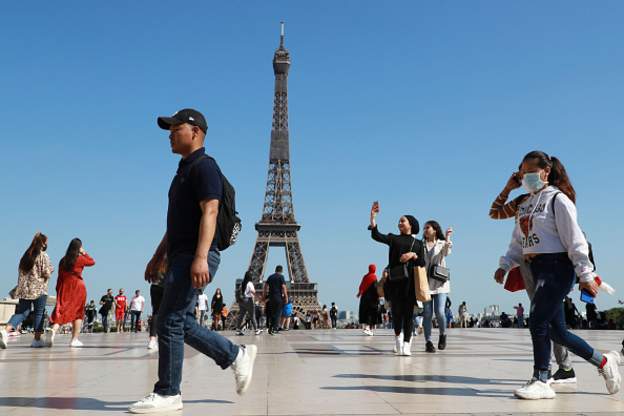 But the Paris monument isn't returning to normal operations just yet. Visitor numbers will be limited, face coverings mandatory for anyone aged over 11, and everywhere above the second floor will be closed to the public.

To soak in the sights of the capital, guests will also have to use the stairs since lifts are out of use until 1 July.

The tower, completed in 1889, hosts around seven million visitors every year - approximately three-quarters of them from abroad - according to its website.