No progress yet in controlling high level 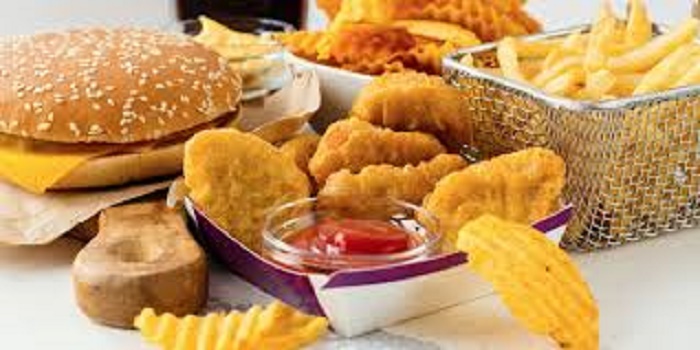 Although an excessive level of trans-fat in foods causes serious heart diseases for many people, especially for coronavirus patients, there is no progress yet in the country in controlling the trans-fatty acid.

Health experts have advised people to avoid food high in saturated fat and trans-fat that increases the likelihood of heart disease as people with cardiac problems carry high risks of Covid-19 infection.

According to the BFSA in January, it has started preparing a regulation that will bring trans-fats in food within a two percent limit. To find a way out for lowering the trans-fat level in edible oils and other food products, the authorities have formed a 10-member technical committee.

The committee has held two meetings with experts, stakeholders, and consumers.

Talking to the daily sun, Enamul Haque, assistant director of Bangladesh Standards and Testing Institution (BSTI), said, “There is no progress yet in fixing limit of trans-fat in foods as we couldn’t sit in a meeting due to the countrywide lockdown for the coronavirus crisis.”

He said the BSTI and the BFSA already held meeting to take initiative to eliminate harmful trans-fat from food items. The BFSA also has formed a technical committee with different stakeholders in this regard.

“The technical committee also held meeting with different stakeholders where all agreed to bring down the level of trans-fat in foods as per the WHO guideline.

The decision has also been taken how the interest of business and public health issue may be balanced in fixing the limit of trans-fat in foods,” Enamul added.

The WHO has set a global target of eliminating industrially produced trans-fatty acids from food supply chain by 2023.

About 30 countries, including India, Thailand, Iran, Austria, Norway, South Africa and Brazil, have already taken steps to determine the maximum limit of trans-fat in food while 24 more are in the process to lower the limit to 2 percent.

Bangladesh is still far from implementing the REPLACE action package announced by the WHO in 2018 despite the target to eliminate trans-fat by 2023.

According to health experts, unfortunately, to date, Bangladesh is lagging far behind with no policy in place to regulate trans-fat in foods and oil and minimize the fatalities.

They said industrially-produced trans-fat, known as dalda or bonospoti ghee in local markets, is a silent toxic killer. The high level trans-fat in food increases bad cholesterol (LDL) and reduces good cholesterol (HDL) in the human body. Intake of excessive levels of trans-fat can cause plaque in blood vessels, disrupting the flow of blood and leading to early heart attacks, resulting in premature deaths.

Talking to the daily sun, health experts and some other stakeholders have urged the BFSA to promulgate regulation to limit trans-fat in foods at the earliest possible time even within this existing crisis since it will help reduce the risk of cardiovascular diseases.

ABM Zubair, executive director of the PROGGAA, also emphasised the need for making rules about using trans-fat in foods by the government immediately.

“Thousands of lives are threatened by the continued and unnecessary presence of trans-fat in our food. I urge the BSTI and the BFSA to cap trans-fat in all foods at 2 percent of total fat content,” said National Professor Brig (retd) Abdul Malik, founder and president of the National Heart Foundation of Bangladesh.

Health experts said the elimination of trans-fat from the food supply is one of the priority targets of the WHO in the 2019-2023 period as the organisation recommends that the total trans-fat intake be limited to less than one percent of total energy intake (less than 2.2 gram per day in a 2,000-calorie diet).