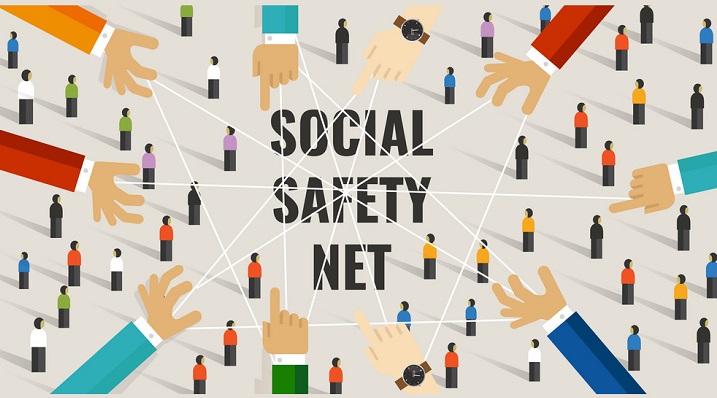 A massive plan to spend nearly Tk1 trillion on social safety net has been rolled out in the budget for FY’21, but inclusion of some “irrelevant” sectors in it has raised questions.

Economic analysts alleged that some expenditure have been included in social protection budget which are not directly linked to the theme of social safety in a bid to show the allocation much bigger.

But the new allocation has incorporated a portion of interests paid on savings certificates, subsidy on agriculture, rural loans for employment, government portion interest on incentive packages and the waived interest on commercial bank loans.

In favour of their stance, expert on economic issues argued that the people, who have savings certificates, don’t need social protection as they have already solid savings.

Instead of protecting them, the government could have concentrate on other issues, they said.

Similarly, the rural loans can’t be a part of social safety because the borrowers have to refund the money along with interest within a stipulated timeframe. Moreover, the government paid interest on incentive packages will serve the interest of large businessmen, they added.

The government must expand social safety net; but not in this way because it can mislead people, according to them.

“It can’t be said that the money the government is borrowing from savings certificates is actually being spend on social protection,” remarked AB Mirza Aziz, the economic adviser of the past caretaker government.

“It won’t be logical to include the interest amount in the social protection budget, if the borrowed money is utilized for general purpose,” he said, expressing his reservation regarding incorporating the government pension as well.

A Tk30 billion has been included as interest payment on corona SME loans in special scheme segment, Tk20 billion as paying waived bank loan interest for March and April, Tk66.25 as savings certificates interest and Tk19 billion as agriculture subsidy.

Some Tk30 billion revolving fund for small farmers and businesses and Tk20 billion loans to be provided by three specialized banks and PKSF to create jobs has also been included in that figure.

“Such moves will only lower people’s trust in budget statistics. Actually, there is much difference between the meaning of social security and the social safety allocation. There is no logic to show loans as social protection,” former lead economist at the World Bank’s Dhaka office said.

Finance Secretary Abdur Rouf Talukder, however, defended the allocation, saying that it has been made in line with broad definition of social protection that the government has followed for years.

He also claimed that the interest on savings certificates is one kind of social protection as the social safety part of the interests has been calculated excluding the current level of bank interests.