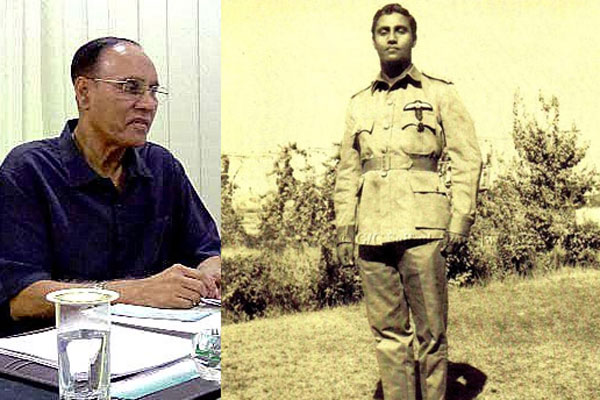 Group Captain (retd) Saiful Azam, one of the greatest Bangladeshi fighter pilots of all time, passed away at a hospital in the capital on Sunday night. He was 80.

He breathed his last while undergoing treatment at the Combined Military Hospital (CMH) around 1:00pm.

The retired group captain of BAF is the only fighter pilot in the world to have served in a war setting for four different air forces -- Bangladesh, Jordan, Iraq, and Pakistan.

He also holds the record of shooting down more Israeli aircrafts than anyone else.

The United States Air Force honored him as one of the 22 "Living Eagles" of the world. He also received multiple gallantry awards from both Jordan and Iraq for his extraordinary skills and courage.

After serving other air forces, he returned home in 1971 and joined the newly-formed Bangladesh Air Force to serve as the director of flight safety and director of operations.