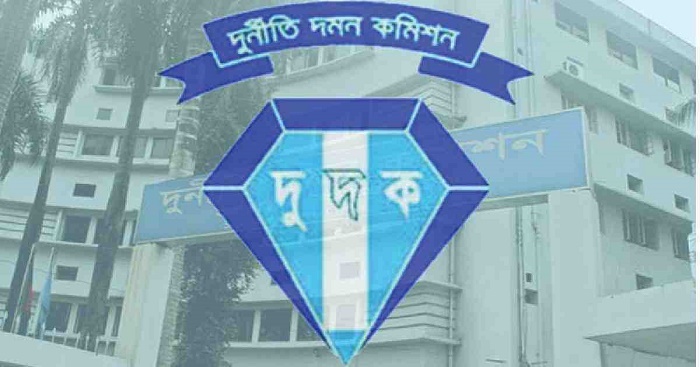 The Anti-Corruption Commission (ACC) is yet to submit probe reports in 14 corruption cases filed in connection with Tk1,800 crore loan scam at Farmers Bank Limited which is now renamed as Padma Bank Limited.

The anti-graft watchdog is carrying out investigation over the last two years in 14 graft cases filed over the Farmers Bank loan scam but there is no signification progress.

However, the commission submitted charge sheets in two cases filed over the same loan scam but the cases are still pending with a Dhaka court due to slow pace of trial proceedings, sources said.

Now, the accused in the cases are taking bail from the court showing the excuses of Coronavirus situation and slow pace in probe of the cases.

Rashedul Haque Chisty who is accused in five cases, took bail in the cases from lower courts in last month. But the ACC submitted petition with the High Court against the bail orders and HC has already stayed bail in two out of the five cases.

ACC lawyer Khurshid Alam Khan said Rashed Chisty received bail through the loopholes of the virtual courts. “We have already submitted appeal with the High Court against the bail orders in the five cases and the higher court also stayed bail in two cases,” he said.

Money laundering cases are very sensitive and the corruption in farmers’ bank is a much-talked about issue in the banking sector. Due to corruption, the government has had to rename as ‘Padma Bank’ to restore customers’ confidence, he said.

The government later also provided Tk1,200 crore fund to the bank for keeping its afloat. It would be unfortunate if those responsible for the bad condition of bank are released on bail at this stage of the cases, said the ACC lawyer.

Sources at the ACC also said Mahbubul Chisty and Rashed Chisty owned around Tk1,800 crore through providing loans from the bank to fake organisations.

The court also confiscated the moveable and immoveable properties of the accused but the wealth would be transferred if the accused are released on bail.

Court sources said Rashedul Haque Chisty who was arrested on April 10, 2018 is facing five cases—four filed in Dhaka and one in Tangail over the bank loan scam.

Rashedul got bail on May 18 and 19 in four cases from Dhaka courts while he also got bail from Tangail virtual court on May 27 in another case.

ACC lawyer alleged that the virtual court of Tangail court did not hear their statements in the case as they filed petition with High Court. The High Court on June 2 stayed the bail of Rashed Chisty and asked for holding re-hearing with the Tangail court in the case.

Besides, the High court upheld the bail for Rashed Chisty in three cases filed in Dhaka but ACC filed appeal petitions against the orders. The hearings may be held with the virtual chamber bench of Appeal Division on June 9.

ACC lawyers said the accused are powerful as they are trying to receive bail in different ways using the limitation of virtual court.

Attorney General Mahbubey Alam said those who are involved with such state financial losses are always very powerful as they are rich. The accused took that opportunity after the introduction of the virtual court amid the coronavirus situation. However, the ACC and the prosecution are alerted on this issue, he said.

“Those involved in the Farmers Bank scam are trying their best to get out on bail, so the state and the ACC have to be vigilant at all times,” he added.

Established in June 2013, Farmers Bank made headlines in 2017 after investigations found massive irregularities in the bank’s loan disbursement along with a huge amount of default loans.

The bank has become a particularly risky organisation in the banking sector as the amount of its default loans stood at Tk723 at the end of December 2017, which is 14% of its loans, according to Bangladesh Bank.

It also continuously failed to return the deposits of depositors and its Tk339 crore of its defaulted loans have turned into bad debt in 2018.

The bank is nearing bankruptcy due to massive irregularities and corruption while clients are not able to withdraw their money due to lack of funds.

After their resignation, Farmers Bank’s board of directors was restructured and four state banks and state-owned Investment Corporation of Bangladesh injected Tk715 crore to save the bank from severe financial crisis.

Later, ACC filed a number of cases against Mahabubul Haque Chisty, his son Rashedul Haque Chisty and some other bank officials over the scam, but the bank chairman MK Alamgir was not made accused in any of the cases.