Number of diabetics rising during pregnancy 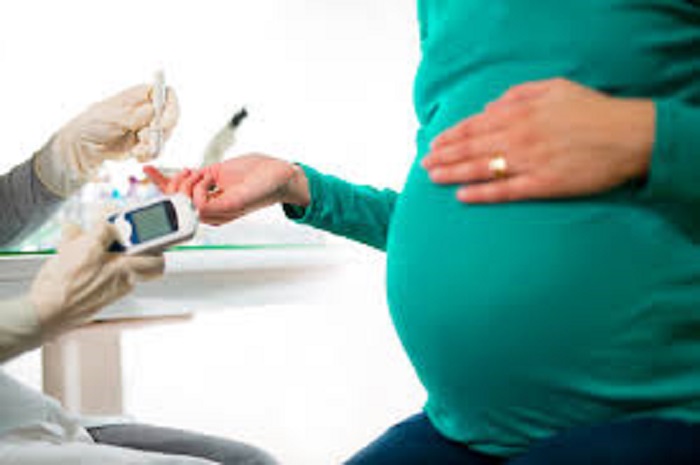 Tania Ahmed, a resident of Mirpur DOHS in the capital, said she came to know that she was suffering from diabetes when her blood test was carried out eight weeks after conceiving.

“At the beginning, I had to take insulin thrice before having meals and then another insulin after the dinner. Simultaneously, I had to follow balanced diets,” said the 30-year-old woman.

Talking to this reporter, Tania Ahmed said she is getting the benefits of the advices of the physicians.

“I and my foetus are leading a risk-and-tension-free life as I’m maintaining the rules after visiting the doctors,” she said.

Tania also said, except other costs, she had to purchase insulin of nearly Taka 30,000 during the pregnancy.

“However, diabetes was under control as I followed all rules at the advices of the doctors and my baby was born completely healthy within the stipulated time,” she said.

According to World Diabetes Foundation, between 8 and 13 percent women suffer from diabetes during their pregnancy. Experts said nearly 10 percent mothers are now in diabetes risk during pregnancy, while the risk of heart disease of foetus of diabetic mothers is three to four times higher than the general children.

National Professor Dr Shahala Khatun said the number of diabetics during pregnancy is increasing now than the past.

The balance of hormone, she said, is destroyed during pregnancy. So those who have trend of diabetes have more risk to suffer from the disease.

“The mother may fall at risk if the diabetes is not controlled during the pregnancy and she must be informed about this otherwise she and foetus may be affected,” Dr Shahala said.

The national professor said if the doctors could know before about the diabetes of the mothers, it’s convenient for them to provide treatment to the mothers. She said 50 percent of mothers who were diagnosed with diabetes during pregnancy are cured from the disease within six weeks after their delivery. However, there remains an apprehension of suffering from diabetes within five years in the case 80 percent of them.

A medical journal of Stanford Children Health, an organisation based in California of the United States, said many women can suffer from diabetes before conceiving, while many could be diagnosed with
the disease during pregnancy.

According to the journal, three to nine women in every 100 pregnant suffer from diabetes.

Head of Rajshahi Medical College Hospital Endocrinology Department Professor Dr Imtiaz Mahbub said indiscipline and uncontrolled life is the main reason of diabetes. A massive mass awareness will have to be
built up so that this silent deadly disease does not develop in the body.

He said every person, especially from the childhood, will have to take adequate food. And for this, educational institutions and parents could play an important role to make the new generations aware to this
end.

Dr Mahbub said nearly 80 percent people of the country are not conscious about the disease. So, mass awareness will have to be created in this regard.

Medicine specialist Dr Sohelur Rahman said importance will have to be given to education on diabetes to properly control of the disease and lessen the long-term risk of the patients.

This education programme will help accelerate the healthcare services further, he said, adding that necessary education must be given to the patients to fight a long-term and all the time deadly disease like diabetes.

Dr Sohelur said it is possible to save 80 percent of people from Type 2 diabetes if they could be provided education on relevant issues and encouraged in leading a proper and ideal life. It could be the best method to prevent the disease, he remarked.

It is not possible for the government alone to ensure medicare services for such huge number of patients and for this, the people will have to be more aware, he observed.

This education programme, which was launched at the room No. 509 on the fifth floor of No. 1 building of the outdoor of the BSMMU Hospital, will continue from 12 noon to 1pm on every Saturday.

However, the people will get this service every day except the weekly and public holidays in future, hospital authorities said, adding the programme will be run by their Endocrinology Department.