Clashes on rise during coronavirus 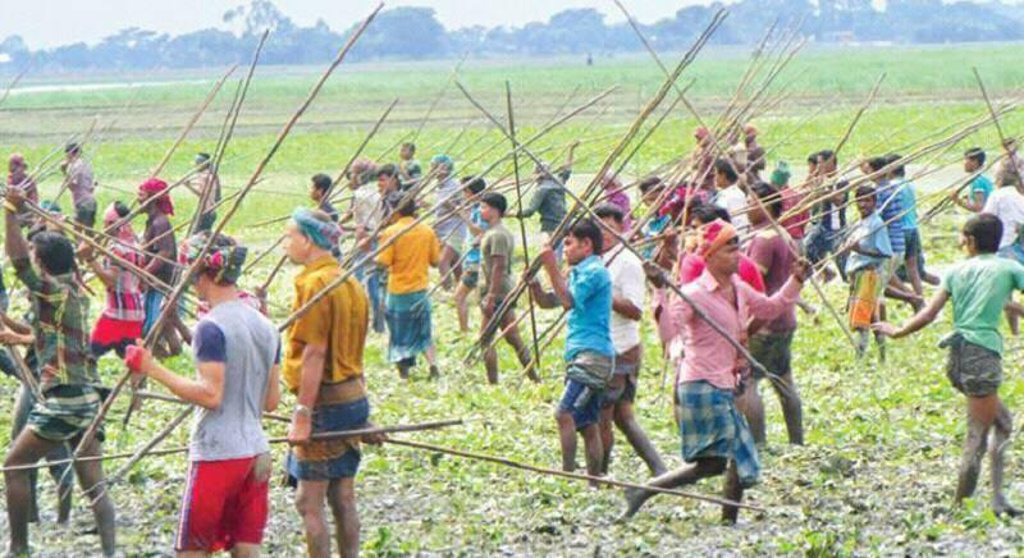 The tolerance level of people seems to be plummeting as they are often locked in violent clashes over the coronavirus outbreak, resulting in unexpected deaths.

The latest data of Centre for Genocide Studies at Dhaka University shows that at least 119 violent incidents centering the coronavirus pandemic took place in the country between March and May.

At least, 13 people were killed and 461 injured in the incidents, shows the data.

It mentions that some 15 incidents took place in March, 48 in April and 55 in May.

Prof Dr Mahfuza Khanam, chairperson at the Department of Psychology of Dhaka University, told daily sun on Thursday that the worry and distress among the people due to the ongoing wave of the pandemic made many of them aggressive and pushed them to be involved in violent clashes.

“People become restless by staying home for a long time. Many worry over their future. The worry and frustration are making people furious even for a trifling matter,” she said.

She advised the people to think positive and be tolerant to overcome the situation.

On May 24, an activist of Jubo League named Tapash, 25, was killed and more than nine others were injured in a clash over erecting an archway to raise awareness to fight against the deadly bug at Bauphal upazila in Patuakhali.

The clash ensued between the supporters of Mayor of Bauphal Municipality Ziaul Huque Jewel and local MP ASM Firoz.

A farmer named Lavlu Molla was killed and two others were injured in a clash between two groups of villagers over Covid-19 pandemic at Bhabdia village under Sadar upazila of Rajbari on March 21.

Rajbari additional superintendent of police Fazlul Karim said that an altercation sprang up while Lavlu Molla and his neighbour Khaleq were discussing coronavirus.

The altercation turned into a clash, causing the death of Lavlu.

A few days ago, a man told his two paternal nieces to quarantine at home in Cumilla as they had just returned from Dhaka.

But the elder brother and nephews of the man swooped on him and beat him to death.

“This intolerance is leading to untoward incidents,” he said.

With the passage of time, they showed relax attitude, resulting in people’s unnecessary gatherings.

Imtiaz opined that people become violent on trifling maters. Law enforcement agencies had also been dealing with people softly instead of handling them in a rough manner.