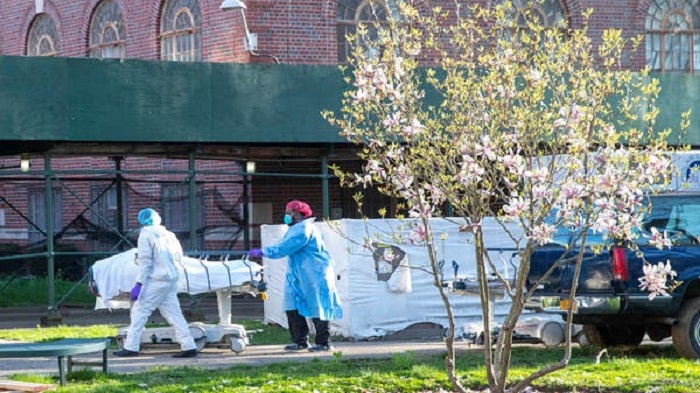 The US recorded 1,021 new coronavirus deaths in 24 hours, according to the Johns Hopkins University tracker Thursday at 8:30pm (0030 GMT Friday).

This brings the total number of deaths in the country to 108,120, with more than 1.87 million confirmed cases of COVID-19, the Baltimore-based university said.

About 485,000 people have recovered from the virus.

The US is by far the country worst-hit by the pandemic, both in total number of cases and death toll.

But relative to its population, several European countries — including France, Italy and Spain — have much higher death rates per capita than the United States.

But the virus is predicted to cause about 127,000 deaths in the US by June 27, according to researchers at the University of Massachusetts, who combined nine epidemiological models to generate the final toll.

Even if the pandemic has shown signs of slowing in the country since it peaked in mid-April, health professionals are worried that ongoing nationwide protests against police brutality and racism will trigger a resurgence in the coming weeks.