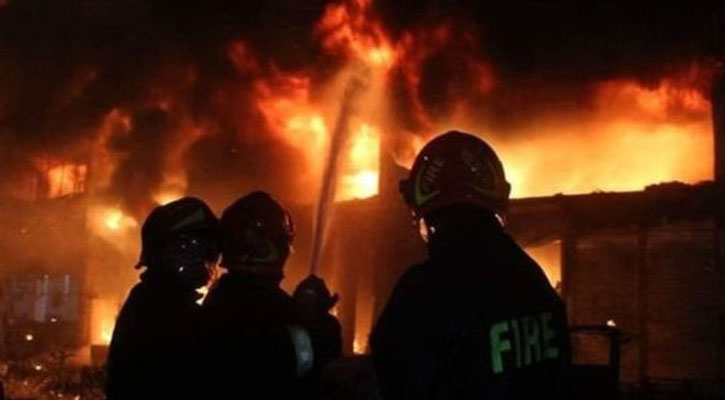 A fire broke out at Gazi Tower in Posta Dhal area in Dhaka's Lalbagh area on Thursday night.

Seven firefighting units rushed to the spot and took the blaze under control at 10:30pm, he added.

He said that he fire was doused at 11:10pm and none was injured in the incident.

The extent of damage and the cause of the fire could not be known immediately.

Bangladesh witnessed 8,461 incidents of fire at residential buildings in 2018 with most of them occurring in Dhaka Division, according to a report by Dataful.

The organisation said the number of fire incidents increased more than threefold across Bangladesh since 1997.

In February last year, a devastating fire in Old Dhaka claimed the lives of 68 people.