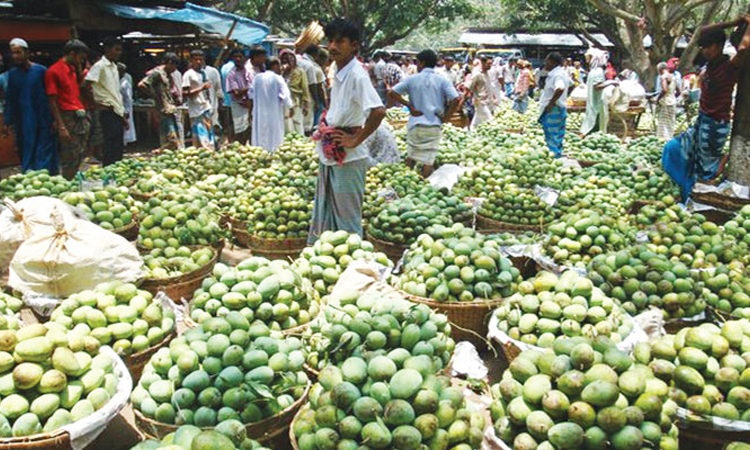 A special cargo train will start transporting mangoes from Rajshahi and Chapainawabganj districts to Dhaka from Friday.

A train of six wagons will transport 270 tonnes of mangoes or other fruits every day.

Farmers and traders can transport mangoes to Dhaka from Chapainawabganj and Rajshahi districts by this train.

It will cost Tk1.30 and Tk.1.17 to transport one kilogram of fruit from Chapainawabganj and Rajshahi districts respectively.

Parcel fare has been reduced by 25 percent since May 18 so that farmers and traders can transport mangoes easily, he said.

Not only mangoes, the traders and growers can transport vegetables and other seasonal fruits as well, he added.

The railway porters will conduct all sorts of works for loading and unloading the cargoes.

Over 600 porters in the zone were given foodstuffs to ease their financial hardship.

As part of the process, the West zone has installed disinfection rooms in both entry and exit points in Rajshahi railway station to contain novel coronavirus spreading.

Bangladesh Postal Department under its 'Krishak Bandhu Postal Service' programme will transport the mangoes of marginal and small farmers and traders.

Officials said mango has been cultivated on 26,150 hectares of land in Rajshahi and Chapainawabganj districts where it’s expected to yield 2,44,000 tonnes of mangoes this year.