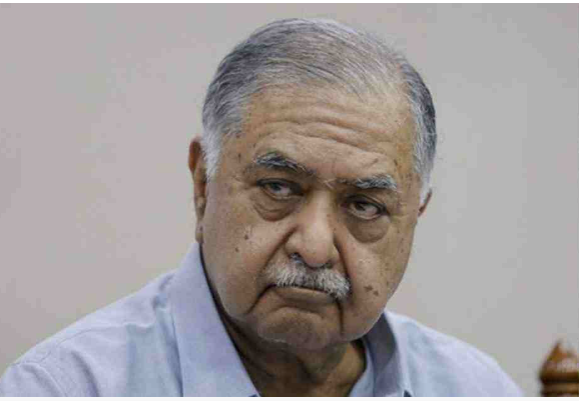 Gano Forum President Dr Kamal Hossain on Tuesday said that coronavirus is seriously affecting public life as the government has failed to control its outbreak in the country.

In a statement, Dr Kamal and his party’s General Secretary Dr Reza Kibria urged the government to take proper steps to contain the virus and gain people’s confidence.

“The impact of the coronavirus pandemic on people's lives has been terrible. The situation has deteriorated further due to the government’s mismanagement,” they said.

Dr Kamal and Kibria said that though the World Health Organization (WHO) declared the coronavirus crisis a pandemic on March 11, the government took much time and announced the general holidays in the last week of March.

“Although we got adequate time to work out a national strategy (to deal with coronavirus), we’ve failed to utilise it,” they said, adding that the testing rate is very poor in Bangladesh compared to other countries, and people have no confidence in the government provided data on Covid-19 deaths and new cases.

They said the delay in taking proper steps and the delayed and relaxed general holidays have led to suffering in public lives while the government failed to control the spread of the virus.

The Gano Forum leaders also said that though hundreds of thousands of workers became unemployed amid the coronavirus shutdown, only a small portion of government assistances have reached the poor and vulnerable people due to corruption and inefficiency of the government.

They opposed the lifting of the shutdown and the general holidays ignoring the advices of the national technical advisory committee when the virus is spreading fast.

“This decision has generated a serious concern and panic in public minds. The situation is getting worse gradually due to lack of adequate testing and mismanagement in the health sector,” the Gano Forum leaders alleged.

Dr Kamal and Dr Kibria urged the government to ensure proper safety equipment for doctors and health workers as soon as possible. “People want to know how the government will tackle the pressure to be created on the health sector if the infection spreads further,” they said.