No new asymptomatic cases in Wuhan 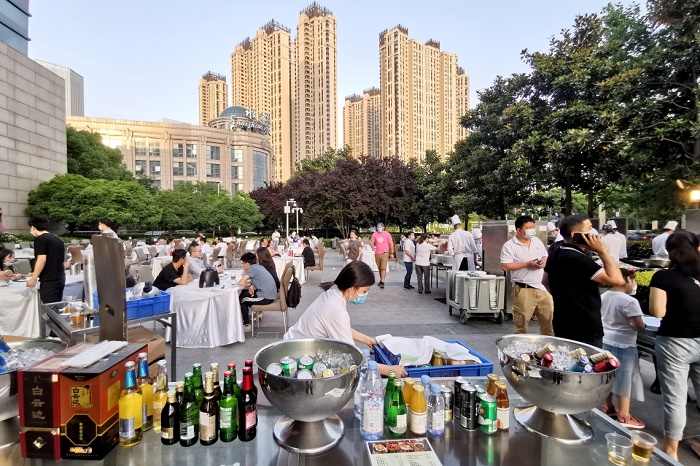 Wuhan, the capital of China’s Hubei province where the COVID-19 pandemic originated last December, reported no new asymptomatic cases for the first time since the city released figures on the virus carriers showing no symptoms, authorities said on Monday.

The city conducted more than 60,000 nucleic acid tests on Sunday, finding no new asymptomatic cases, according to a statement issued on Monday by the municipal health commission.

Wuhan started a campaign on 14 May to expand nucleic acid testing in order to better know the number of asymptomatic cases or people who show no clear symptoms despite carrying the virus, reports Xinhua news agency.

The National Health Commission said on Monday that no new domestically transmitted COVID-19 cases were reported on the mainland on Sunday.

A total of 16 imported cases were reported on the mainland. Among them, 11 were reported in Sichuan province, three in Inner Mongolia Autonomous Region, and two in Guangdong, the Commission said.

No deaths related to the disease or new suspected cases were reported, it added.

On Sunday, three people were discharged from hospitals after recovery, while the number of severe cases remained three.

As of Sunday, the overall confirmed cases on the mainland had reached 83,017, including 76 patients who were still being treated, and 78,307 people who had been discharged after recovery.

Altogether 4,634 people had died of the disease, the commission said.

By Sunday, the mainland had reported a total of 1,756 imported cases. Of the cases, 1,694 had been discharged from hospitals after recovery, and 62 remained hospitalized, no in severe conditions. No deaths from the imported cases had been reported.

The Commission said three people were suspected of being infected with the virus, all were imported from overseas.