All 14 coronavirus patients recover in Aditmari 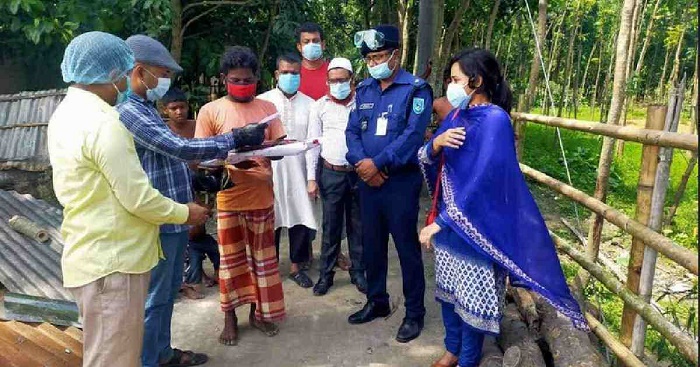 Fourteen people, who had been infected with coronavirus in Aditmari upazila of Lalmonirhat, made full recovery, according to local health authorities and police.

Now there is no confirmed Covid-19 case in the upazila, he said.

The first case was reported in April after a garment worker of Purbo Douljor village returned from Dhaka and tested positive.

Later, 13 more people, including the family members of the patient, nurses, and health workers were diagnosed with the virus and sent to isolation.

Nine of them recovered over the days and the rest were released on May 30.

The local administration has urged people to abide by health guidelines.

Saiful Islam, officer-in-charge of Aditmari Police Station, said they lifted restriction on the movement of the five patients. “They can now lead a normal life,” he said.

According to the health authorities, 9,375 patients have so far recovered – a recovery rate of 21.02 percent.

Bangladesh on Saturday recorded the highest number of coronavirus deaths as 28 more patients died in 24 hours, raising the death tally to 610.

The health authorities also announced detection of 1,764 new cases during the same period, taking the total number of cases to 44,608.

Bangladesh’s infection rate has been recorded at 17.66 percent while the mortality rate is 1.37 percent.