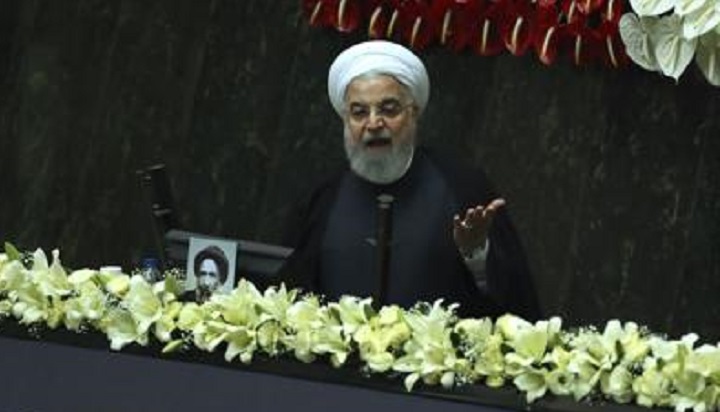 Iran's Guardian Council denied Saturday that the killing of a teenage girl by her father was the result of "negligence" due to a delay in its approval of a new child protection law.

After her death, Vice President for Women and Family Affairs Masoumeh Ebtekar deplored a delay in the validation by the 12-member Guardian Council of a bill on the protection of children and teenagers.

Ebtekar said the bill was in the "final phase" of approval by the council and urged the top body, which is tasked with ensuring legislation complies with the constitution and Islamic sharia law, to pass it quickly.

The council has previously called three times for changes to the draft law after it was passed by lawmakers, the reformist Ebtekar newspaper wrote on Wednesday.

The daily said it was concerned that another delay would spell the bill's demise, particularly since Iran's new parliament is dominated by conservatives and hardliners.

"There has been no negligence on the part of the council... concerning the approval of a draft law on the rights of children," Guardian Council spokesman Abbas Ali Khadkhodai said Saturday.

"And I don't see any link between this bill and the fact that this abominable crime took place," he told a news conference.

According to Iranian media, Romina Ashrafi was killed in her sleep on May 21 by her father, who decapitated her in the family home in Talesh in northern Gilan province.

The reports said she ran away after her father refused her permission to marry a man 15 years older, but was detained and taken home.

The legal age to marry in Iran is 13 for women.

Khadkhodai said the council had indicated to parliament that it had some "objections" concerning the text of the bill and that lawmakers should meet in an emergency session to further discuss the draft law.

But he added: "One law alone cannot resolve such problems (apparent 'honour' crimes) which have a cultural, social and even economic dimension."

Iranian media reported that after authorities detained the teenager, she told a judge she feared for her life if she was sent home.

But what most outraged public opinion was that the girl's father was likely to face a lenient punishment of just three to 10 years in prison, which could be further reduced, according to the Ebtekar newspaper.