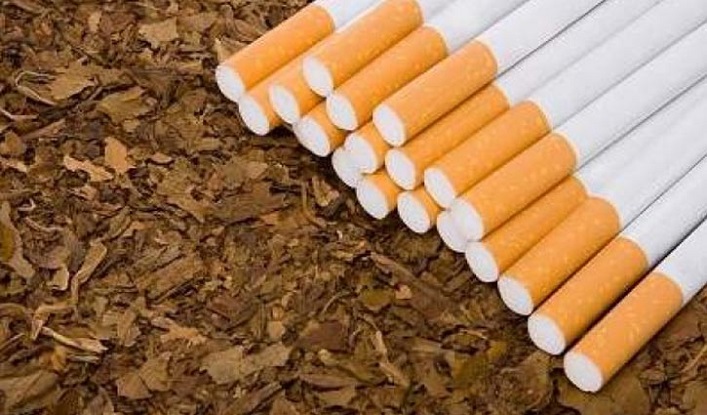 Widespread use of cigarette and bidi on top of an expanding market of tobacco products in the country are making the public health experts concerned and worried.

Use of tobacco claims more than 126,000 lives each year in Bangladesh and causes a financial loss of more than Tk 30,560 crore due to the illness and deaths it causes, according to a study of Bangladesh Cancer Society.

It estimates that tobacco use causes nearly 126,000 deaths, accounting for 13.5 per cent of deaths from any cause in Bangladesh in a year.

The study further said the financial loss alone amounts to 30,570 crore annually that is 1.4 per cent of the national income of fiscal 2007-18.

“The economic loss caused by tobacco use in Bangladesh is approximately Tk 30,000 core in a year while the amount of tax collection from the sector is only around Tk 20,000 crore,” Syed Abdul Hamid, Professor of Institute of Health Economics of Dhaka University told the Daily Sun.

World No Tobacco Day is celebrated around the world every year on May 31. In response to the tobacco and related industries’ systematic, aggressive and sustained tactics to attract a new generation of tobacco users, World No Tobacco Day 2020 will provide a counter-marketing campaign and empower young people to engage in the fight against Big Tobacco, the WHO said.

Bangladesh is nearing new health hazards as diversified tobacco products like e-cigarettes and Heated Tobacco Products (HTP) alongside bidi-cigarette, zarda and others are also getting popularity, particularly among the youths and teenagers day by day.

Health experts think that finalizing the National Tobacco Control Policy and its immediate implementation is crucial to control the use and expansion of tobacco and tobacco products.

The draft National Tobacco Control Policy says controlling the supply chain is important alongside lowering the demand to contain tobacco consumption. It also proposed to restrict foreign direct investments (FDI) in the tobacco sector so that the supply of the harmful elements can be curtailed.

“A large number of people are suffering from various complicated diseases including heart and cancer diseases due to consumption of tobacco. It is necessary to finalise the National Tobacco Control Policy immediately and implement it as a public health priority,” said Prof Sohel Reza Choudhury, Head of Department of Epidemiology and Research at the National Heart Foundation Hospital and Research Institute.

“The existing laws on tobacco control will also have to be amended to make it more complying with Framework Convention on Tobacco Control (World Health Organisation FCTC),” he added.

The health and family welfare ministry sources said Prime Minister Sheikh Hasina has made an announcement to free the country of tobacco by 2040 and the draft of ‘National Tobacco Control Policy 2019’ has already been prepared to pass it.

Tobacco kills up to half of its users and causes premature mortality and morbidity, contributes to health inequalities and exacerbates poverty.

The WHO Framework Convention on Tobacco Control (WHO FCTC) is an evidence-based treaty that asserts the importance of both demand and supply reduction strategies. Bangladesh ratified the WHO FCTC in 2004, and in 2005, enacted the Smoking and Using of Tobacco Products (Control) Act. The law was amended in 2013 to make it more compliant with the WHO FCTC.

The tobacco cultivation in Bangladesh poses a threat to health, the environment and food security.

According to the Center for Disease Control and Prevention (CDC) of the US, smoking leads to disease and disability and harms nearly every organ of the body. “Smoking causes cancer, heart disease, stroke, lung diseases, diabetes, and chronic obstructive pulmonary disease (COPD).

Anti-tobacco campaigners in Bangladesh have been raising voice to finalise the National Tobacco Control Policy soon, implementing it, enforcing other related laws, increasing awareness programmes and increasing prices of the tobacco products to control the use of tobacco here.

PROGGA, a non-government anti-tobacco campaigning organization said there is no alternative to increasing this ‘cheapest’ price by introducing specific taxes on tobacco products. “The government must stay clear of the influence and interference of tobacco companies and finalise and implement the National Tobacco Control Policy as soon as possible,” ABM Zubair, Executive Director of the PROGGA told the Daily Sun.