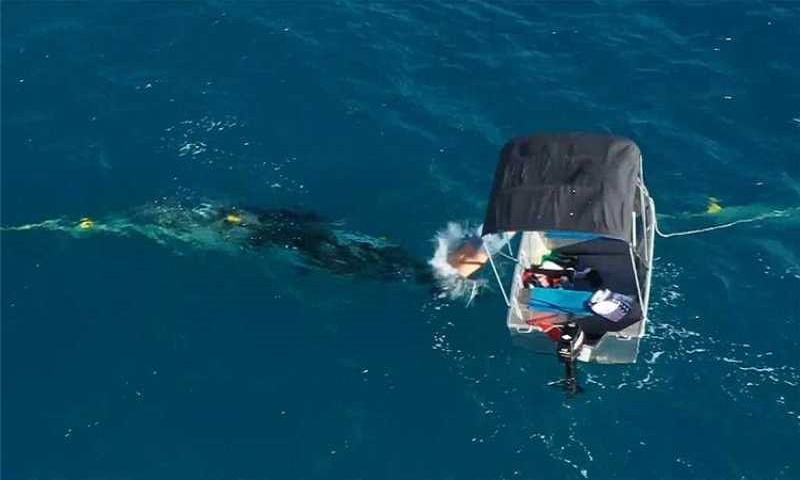 An Australian man who acted on his own to free a whale caught in sea nets says he's been fined by authorities for performing the rescue, BBC reported.

The trapped whale was spotted in waters off the Gold Coast on Tuesday, prompting calls to officials.

However, as hours passed without a response, the man launched his own rescue - driving his boat out, swimming over to the whale and untangling it.

Upon his return to shore, he was fined by officials he told Australian media.

It's unclear what exactly the fine was for, but Queensland state has penalties for tampering with council property, as well as moving too close to whales.

The man, who only wanted to be known as 'Django', said when he saw the whale, "adrenaline just sort of kicked in".

"Basically I just tried to untangle him," he told the ABC. He had a knife, but managed to unwrap the whale's fin from the nets.