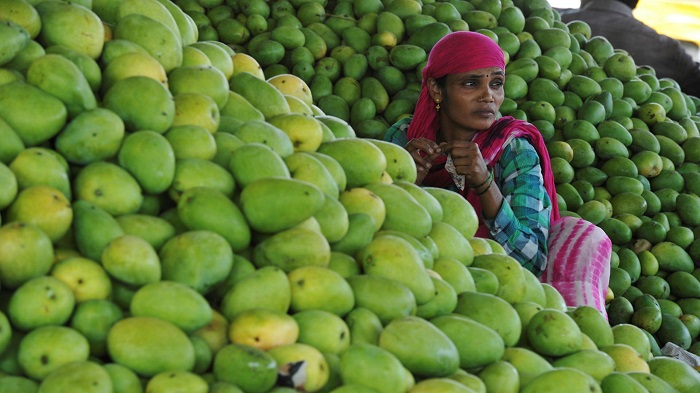 The orchard owners, mango farmers and mango traders are all concerned over the sale of mango and other fruits due to the current coronavirus crisis.

Favorable weather conditions and precautionary measures taken by the mango orchard owners and mango farmers have yielded a bumper output this year.

Watermelon farmers across the country have faced losses in the current harvesting seasons as the sale of the juicy summer fruit has severely been affected due to the stay-at-home holidays by the pandemic.

Though the government has taken different initiatives, it is not adequate to meet the regular trading of fruits in this time.

Fruit traders and orchard owners said they have to give higher fare to carry fruits as the truck has to return empty after transporting their products.

The poor demand in the upmarket is forcing the farmers to sell their fruit at the throwaway price as buyers in the big city markets have not come to the local market, said, fruit growers.

Abdul Kayum, a mango trader of Chapainawabganj said they are expecting bumper mango production this year but is concerned over the sale of mangoes due to coronavirus outbreak.

“The orchard owners, mango farmers and mango traders will be affected if the corona crisis prolongs,” he said.

Mehedi Masood, director of a project under the Department of Agriculture Extension (DAE), told daily sun that they are expecting 10-15 percent more mango production this year due to favourable weather conditions.

Asked about this, the project director said they are making plan to market the mango through the project.

“Truck of the project will be used to bring the mangoes in different markets in big cities. They will set up a fruit corner to sell the mangoes and other fruits at “Krishoker Bazar" which sits on Friday and Saturday on the premises of Sech Bhaban on Manik Mia Avenue in the capital,” he said.

Mango from the hill tracts come first in the market, then mango from Sathkhira will ripe and gradually all mangoes from other parts of the country will appear.

He said Chapainawabganj is the mango producing centre of the country as a huge number of lucrative, juicy and testy mangoes are produced in the area every year.

Farming of mangoes has been increasing each year as farmers are earning huge profits by cultivating high yielding and hybrid varieties like Amropali, BARI- 4 along with traditional and popular indigenous varieties of mangoes.

Amropali contributes 35 percent of the mango production against the total mango produced in the country, said Mehedi Masood.

A total of 70 different fruits are being produced in the country. Mango is the second largest producing fruit in the country after banana that ranks first.