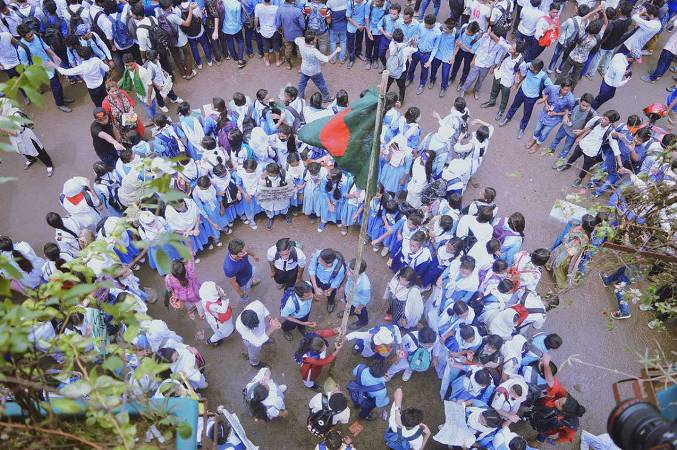 Different educational institutions including some private universities, English medium schools are pressuring the guardians of students to provide tuition, examination and other fees within deadline amid the lockdown due to the coronavirus outbreak in the country.

The guardians of school, college or university students are now facing serious problems due to the pressure from the educational institutions for the tuition fees.

A lot of guardians said they have already suffered finical crisis due to the long-time shutdown across the country since March 26, while the new pressure from educational institutions is adding extra salt to their wounds.

However, the educational institutions are saying that their only earning source is the tuition fees of students. So, they are compelled to collect tuition fees to provide the salaries of their teachers and staff.

South Point School and College Principal Hamida Ali said: “There are over 300 teachers and employees at our school, so we are taking tuition fees from the students to provide salaries to them, because we are not getting any donation from the government.”

Dhaka education Board on April 23 issued a directive asking the educational institutions not to give pressure to the guardians for tuition and other fees at this situation amid the coronavirus pandemic.

But ignoring the board directive, the city’s most of the English medium schools are asking the guardians of their students frequently to provide tuition fees for the months of March and April. Even, they are threatening the guardians with imposing a fine in cause of failure to pay the tuition fees within the stipulated deadlines.

Barrister Omar Faruk, president of guardian forum at Delhi Public School in Uttara said, “Almost all the people are now staying in home and many of them are facing different crisis in the current situation.”

Seeking anonymity, some guardians of some other English medium schools also alleged that the school authorities are giving pressure to provide the tuition fees immediately.

Abhibhavak Oikko forum (Guardian Unity Forum) Ziaul Kabir Dulu said, “The educational institutions are collecting tuition fees through different ways ignoring the education board directive amid the coronavirus situation. He urged the government to bring them to justice for violating the order.”

He, however, urged the government to provide subsidy like other sectors to the non-government educational institutions to reduce pressure in this matter.

Advising to be humane in collecting tuition fees in such a situation, He urged the authorities of the English medium schools not to give pressure the guardians.

Dhaka Education Board Chairman Prof M Ziaul Haque said, “We have already issued directive not to give pressure for tuition fees in this situation.” He also said, “Necessary action will be taken against the institutions if we get allegation of pressurizing for the tuition fees.”

Meanwhile, a decision was taken from a meeting led by Education Minister Dr Dipu Moni on Thursday that the private universities would not pressure the students or their guardians for the tuition fees during the ongoing crisis.

Besides, the allegations had it that some universities are providing half of the salary to their teachers showing the excuses of coronavirus pandemic.

Seeking anonymity, a teacher of Atish Dipankar University of Science and Technology told daily sun that the authorities are providing half of their salary to the teachers of the universities.

Education Ministry’s Secondary and Higher Education Division Secretary Md Mahbub Hossain suggested the educational institutions to collect tuitions fees up to the amount which is necessary to provide salaries for their teachers and staff.

He urged everyone to be tolerant in this crisis period.  “These institutions are run by private enterprises, so we cannot put pressure on them if we want too,” he added.