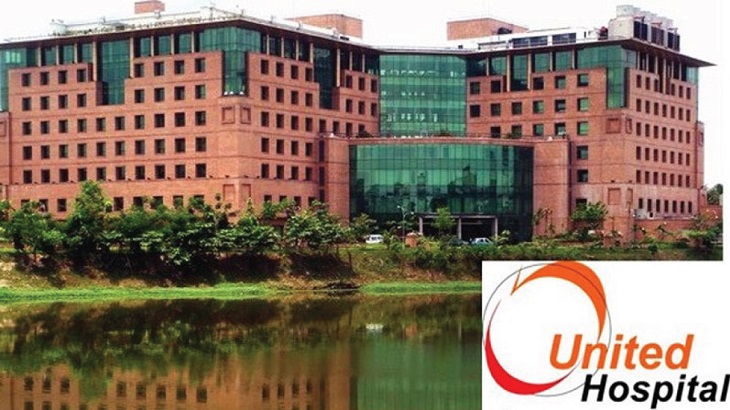 A World Bank official, whose mother died due to negligence of United Hospital recently, has served a legal notice on the management seeking clarification within 15 days.

Dr Ziauddin Hyder, a cluster leader for health, nutrition and population global practice in Cambodia and Lao PDR, the World Bank, sent the legal notice, blaming the hospital for causing the death of his mother Mahmuda Khanam.

Talking to daily sun, the counsel said he served the notice through email, as the hospital authorities refused to receive hard copy of it so far.

“Representative of the victim family members went to the hospital on Saturday to hand over the hard copy of the notice, but none received the notice,” said the lawyer.

Replying to a query, he said the two high-ups of the hospital have been asked to reply to the notice within 15 days which will expire on May 14.

“If the managing director and chief executive officer of the United Hospital fail to reply to the notice within the stipulated time, I will go to court and take further legal step against them,” he said.

Earlier on Wednesday, Dr Ziauddin complained to Prime Minister Sheikh Hasina about the United Hospital’s negligence which led to the death of his mother.

In a written complaint, he requested the prime minister to intervene to bring delinquent doctors and officials of the hospital management to book.

“After my mother died, I am writing the first-ever letter in my life to you and I demand justice for my mother,” read the first line of the letter addressed to the PM’s Office at Tejgaon.

On April 11, Mahmuda needed hospitalisation but two hospitals — Lubana and Apollo — refused to admit her and later she was taken to Uttara and was finally admitted to Regent Hospital.

Mahmuda needed artificial support to breathe when shifted to United Hospital for better treatment after being tested negative for Covid-19 on April 12.

But the hospital authorities began pressuring family members to relocate Mahmuda after she tested ‘positive’ for Covid-19 on April 13 at the hospital, the letter said.

Although Mahmuda was on ventilation in an isolated room, the hospital authorities kept pressuring her family members to take her away on their own arrangements.

The WB official alleged that the hospital authorities put his mother off ventilation and she was taken to Kuwait Maitree Hospital where she passed away nine days later on April 23.

“The way the United Hospital forcibly released a patient on life support is unprecedented, unethical and illegal,” the letter said.

However, Dr Shagufta Anwar, director of communications and business development at the United Hospital Limited, claimed that the patient was released after a discussion with her family members.

The United Hospital followed the national guidelines to treat Covid-19 patients in dedicated hospitals so as not to infect patients with common illness, she added.

She said United Hospital is not authorised for treating Covid-19 patients.

In the legal notice, Advocate Golam Mostafa said: “Under the circumstances as stated above my client is seeking reasonable and lawful explanation from your organisation about such act of negligence, misconduct and misbehaviour for which my client had suffered an irreparable loss.”

Mahmuda Khanam aged approximately 75 years of House No. 29, Road No. Sonargaon Janapath, Sector 12, Uttara, got herself admitted to United Hospital on April 12 midnight upon submitting a COVID-19 Negative certificate issued by the Institute of Epidemiology, Disease Control & Research (IEDCR), said the notice.

As the patient’s condition was seriously alarming with tremendous breathing Difficulties, the hospital placed her in the Intensive Care Unit (ICU), and immediately provided oxygen support through artificial ventilation facilities.

On April 14, 2020, medical staff and doctors of the hospital informed Dr Ziauddin’s brothers Dr Khalid Mahmud and Kamal Uddin Hyder that their mother was diagnosed with COVID-19 positive in the second test and decided to discharge her from the hospital without the life support, the notice claimed.

The doctors and staff members advised the patient’s sons to transfer her to other hospital or clinic with COVID treatment facilities, the notice said, adding that a third test showed her to be corona negative on April 20, raising the question about the validity of United Hospital’s previous test result which showed positive.

The United Hospital authorities discharged the critical patient inhumanly after realiasing a bill of worth Tk1,81,846.

According to the notice, the hospital refused to arrange an ambulance equipped with mobile ventilation and oxygen support for transferring the patient to another hospital.

“Despite repeated request, your hospital staff and doctors refused to provide any ambulance support and left such a critical patient without ventilation, thus showing little or no medical professional responsibilities towards such an ailing patient.”

Being medical professionals, the hospital doctors and staff were very much aware of the consequences of discharging a critical patient without ventilation, it said.

“As part of grave professional misconduct and act of gross negligence, my client’s mother’s physical condition deteriorated. Such a gross act of misconduct is against all medical ethics, norms and international medical code of conduct that amount to a malpractice of harming to a patient,” said the lawyer.

Finding no other option, the client’s brothers had to arrange alternative ambulance to transfer their mother to Kuwait Moitryee Friendship Hospital in Uttara where she died on April 24, he added.