Coronavirus: Is there any evidence for lab release theory? 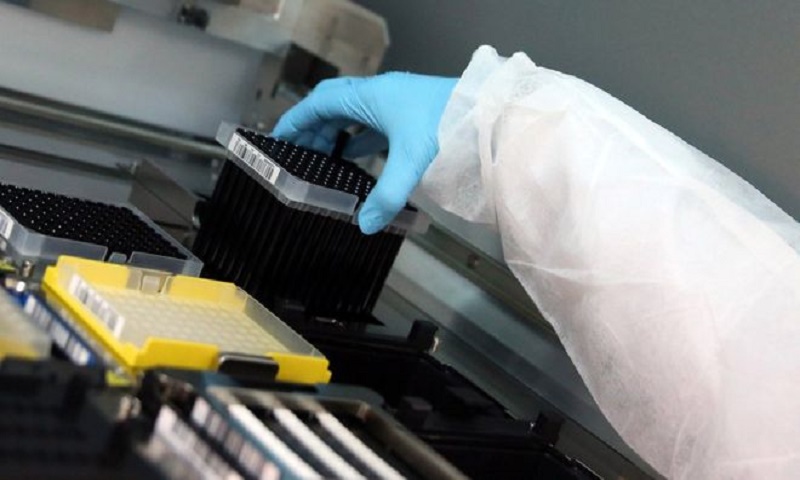 In April, US State Department cables came to light showing embassy officials were worried about biosecurity at a virus lab in Wuhan, China. The lab is in the same city where the coronavirus outbreak was first detected.

The office of the US national intelligence director says that the virus was not man-made or genetically modified. But intelligence officials are investigating whether the outbreak began through contact with animals or through a laboratory accident.

So what, if anything, does this add to our understanding of the current pandemic?

What do the cables say?

The Washington Post newspaper reported information obtained from diplomatic cables on 14 April. They show that, in 2018, US science diplomats were sent on repeated visits to a Chinese research facility.

Officials sent two warnings to Washington about the lab. The column says the officials were worried about safety and management weaknesses at the Wuhan Institute of Virology (WIV) and called for more help.

It also claims diplomats were concerned the lab's research on bat coronaviruses could risk a new Sars-like pandemic. The newspaper says the cables fuelled more recent discussions in the US government about whether the WIV or another lab in Wuhan could have been the source of the virus behind the current pandemic.

The outbreak came to light late last year when early cases were linked to a food market in Wuhan. But despite rampant online speculation, there is no evidence of any kind that the Sars-CoV-2 virus (which causes Covid-19) was released accidentally from a lab.

On 30 April, the US national intelligence director's office issued a statement rejecting the most extreme of the conspiracy theories about the virus's origins - that it was conceived as a bioweapon. It said the intelligence community was still examining whether the outbreak began "through contact with infected animals or if it was the result of an accident at a laboratory in Wuhan".

But President Donald Trump appeared to undercut that statement in a press briefing the same day. Asked whether he had seen anything to make him think the WIV was the source of the outbreak, he replied: "Yes, I have. Yes, I have."

China rejects the idea and has criticised the US response to the crisis.

What kind of security measures do labs use?

Laboratories studying viruses and bacteria follow a system known as the BSL standards, where BSL stands for Biosafety Level.

Indeed, the WIV had received funding from the US, along with assistance from American research institutes. The cables recommended giving them even more help.

What kinds of security failures were the cables describing?

The short answer is we don't know from the information provided in the Washington Post. But, generally speaking, there are multiple ways that safety measures can be breached at labs dealing with biological agents.

According to Dr Lentzos, these include: "Who has access to the lab, the training and refresher-training of scientists and technicians, procedures for record-keeping, signage, inventory lists of pathogens, accident notification practices, emergency procedures."

But how unusual were the concerns expressed in the diplomatic cables?

Accidents happen. In 2014, forgotten vials of smallpox were found in a cardboard box in a research centre near Washington. In 2015, the US military accidentally shipped live anthrax samples instead of dead spores to as many as nine labs across the country and a military base in South Korea.

There are variations in safety standards across the large number of labs at the lower end of the BSL scale and many lesser breaches don't make it into the news.

But there are relatively few labs that are designated BSL-4. Wikipedia lists over 50 around the world, of which WIV was one, but there is no authoritative list.

They have to be built to very high specifications because they deal with the most dangerous pathogens known to science. As a result, they generally have good safety records. So any concerns about procedures at one of these facilities would be more than noteworthy.

Weren't there previous claims of the virus leaking from a lab?

Yes, almost as soon as the novel coronavirus came to light, there was speculation - much of it uninformed - about its origins.

One online theory that surfaced in January suggested the virus could have been engineered in a lab as a bioweapon. This allegation has been repeatedly dismissed by scientists, who note that studies show the virus originated in animals - most likely in bats.

In addition to the WIV, the city is home to another centre - the Wuhan Centre for Disease Control and Prevention.

That the WIV had carried out research on bat coronaviruses is a matter of public record. This work was entirely legitimate and published in international journals. Given the country's experience with the Sars outbreak in the early 2000s, this should come as no surprise.

China has repeatedly been accused of lacking transparency in the early stages of the outbreak, and US Secretary of State Mike Pompeo has said Beijing "needs to come clean" on what they know.

Amid this war of words between the countries, the painstaking - and largely unseen - scientific work to trace the origin of the virus will continue.