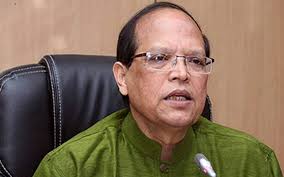 The ongoing pandemic is a double-edged sword. It is both a health crisis and as well as an economic crisis. Both are intertwined. In both cases people should come first. Unless people survive, there is no use talking about economy. Again if the economy goes to a deep sleep we will be facing the problem of hunger by many. So we need to be very prudent in addressing both health challenges and as well as helping the economy moving, though selectively. We must walk on both legs.

Fortunately, our Prime Minister is giving the leadership from the front and guiding the field administration meticulously. I was indeed impressed by her patience and practical responses to the issues raised by the field officials demonstrated in a recent televised interactions. She was online for three hours and gave directions to our young field officials drawn from all relevant sectors including health, law and order and general administration. She also took questions from grassroots political leaders. That's the way we should move forward indeed. This will help remove the bottlenecks in coordination, if still be there. She also gave a tough message on addressing irregularities in distribution of relief, health related equipment and, of course, on how to avoid creating more challenges for the hapless workers in the RMG sector. It was sad to hear that many of the workers were not paid wages for the March by some factory owners. Gazipur SP deserves to be appreciated for raising pertinent issues so boldly to HPM.

There is certainly a need for reprioritization of the spending structure of the development budget to create enough space for additional health and relief related expenditures. HPM clearly indicated that she will forego implementation of some development projects in a staggered manner to divert fund for people's welfare. This prerequisites pruning of the current budget and I am sure the relevant ministries led by the Ministry of Finance are already working on this. Also one has to keep in mind that there will be revenue shortfall this year due to lockdown of the economy. Therefore, there is a need for selective opening of the economy keeping in mind the threat of COVID-19. For example, the small shops can open but no big malls. The rural economy including small units of businesses and agricultural activities can also restart. The communication channels may have to be prudently opened up gradually to facilitate movement of goods and services. The harvesting and procurement of boro produces must go on. For that the movement of migrant laborers can be facilitated by the law and order authorities after ensuring social distancing and health protection measures. The direction of spreading the local kancha bazar in the open field by HPM is also a smart move. The UNOs and DCs are working hard to keep the economy moving in addition to implementing the social protection programs. Yet, the hunger is brewing up among those who used to depend on daily earnings from the informal economy. The government has asked for the list of these disadvantaged people. Let the mobile bank accounts of these people be quickly collected and an amount of Taka fifteen hundred be paid to their accounts in cash immediately. The farmers too need cash to harvest. Let their subsidies be given to their Ten Taka and mobile/agent bank accounts in cash without delay. BB has created a few refinancing lines to support the farmers and MSMEs. The latest circular for refinancing fund of Taka three thousand to fund MFIs has been a smart move. The Taka five thousand refinancing line given to the banks may need refreshing a bit as the real farmers producing crops, vegetables and spices have somehow been left out. BB needs to change the circular to include these groups. Implementing these programs will still be challenging. The UNOs and DCs can reconvene the agricultural and micro-finance committees at the local level and help banks identify the real applicants with the help of Agricultural Extension workers. They should also meet regularly with MFIs to monitor the implementation process of these programs. If well implemented, Bangladesh will do far better than many other countries in mitigating this human disaster.

The government should not worry much on the inflation threat as the oil price is still going down and movement of money remains subdued. Digital payments will help restrain the velocity of money. Yet, the regulator must keep its eyes open and monitor the credit growth. It has done well in increasing the liquidity through reduction of CRR and REPO and as well as staggering the repayment schedules. Also the refinancing lines will add to liquidity.

BB can take more hit to its balance sheet and provide some more extra support to the government by increasing the level of public borrowing. I am confident the development partners will come forward to replenish the budget of the government in due time.

BB also should be ready to buy back a part of the treasury bonds from the banks at market price to provide more liquidity to the banks through quantitative easing.

The central bank is doing its bit. Let the government do its bit by releasing more fund from the reorganised budget spending to both the perennially underfunded health sector and the millions of the extreme poor plus new poor due to lockdown of the informal sector. The doctors and health workers need special support including PPEs, logistics and motivations as they are our frontline soldiers.

Government alone, however, cannot mitigate this crisis. The big business corporations must come forward to stand by the have-nots at this critical hour through their CSR supports. Let's do whatever we can from our own positions for the humanity. Indeed, ordinary people are doing their bit despite they themselves being under huge economic pressure. The pandemic looks quite virulent and uncertain. We must, therefore, stand together to face this sudden human disaster with whatever means we have in our hands.