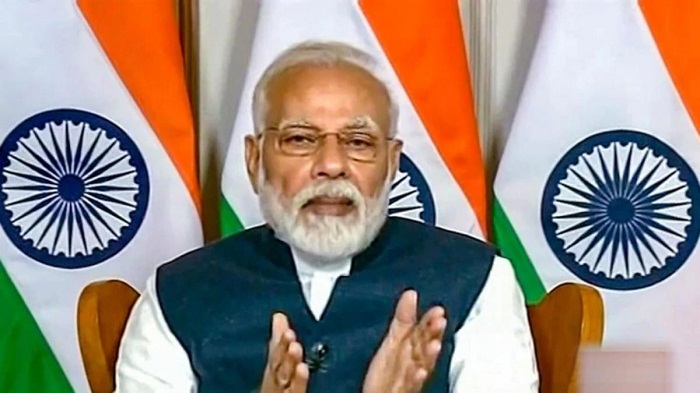 Indian Prime Minister Narendra Modi is likely to address the nation again to announce his decision on whether the coronavirus lockdown will end on Tuesday. Before the decision, he will meet with Chief Ministers via video conference tomorrow.

Sources say the lockdown may be extended but with many changes this time around. Interstate movement will remain restricted, except for essential services. Schools, colleges and religious institutions are likely to stay closed.

Given the massive economic fallout of the prolonged shutdown, some sector specific relaxation is likely to be allowed, sources say, with social distancing norms.

The Reserve Bank of India (RBI) has said in its monetary policy report that the outlook for India's economic recovery has been sharply altered by the coronavirus outbreak.

One of the worst-hit is the aviation sector. Sources say airlines may be gradually allowed to resume operations but with rules like keeping the middle seat vacant in all classes.

Officials say the outbreak in India is concentrated in about 75 of more than 600 districts, which will help the government manage the crisis better.

In a video meeting with leaders of all parties on Wednesday, Indian PM Modi had said by all accounts the lifting of the lockdown "is not possible".

"The priority of the government is to save each and every life. The situation in the country is akin to a 'social emergency', it has necessitated tough decisions and we must continue to remain vigilant," said the PM, according to political leaders who participated in the interaction.

Life will not be the same again after COVID-19, the Indian Prime Minister said. "Massive behavioural, social and personal changes will have to take place," he reportedly told political leaders in the video conference.

Indian PM Modi's decision to order the three-week lockdown has helped slow the infection rate, foreign ministry additional secretary Vikas Swarup has said, even though it has impacted the economy and thousands of poor workers. Millions of people have lost their jobs, largely those who work on daily wages and have fled to their homes in villages.

Many states have sought an extension of the 21-day nationwide lockdown announced by PM Modi on March 25, saying they will not be able to handle a surge of COVID-19 cases. Odisha yesterday became the first state to announce a lockdown till the end of this month.

Karnataka is also expected to seek an extension today. Uttar Pradesh, Telangana, Rajasthan, Assam, Madhya Pradesh and Chhattisgarh are among states that have called for a longer lockdown.

India has 6,412 cases of coronavirus, including 199 deaths. Thirty-three deaths have been reported in the past 24 hours.