Prince Charles now much better, thanks Hasina for letter 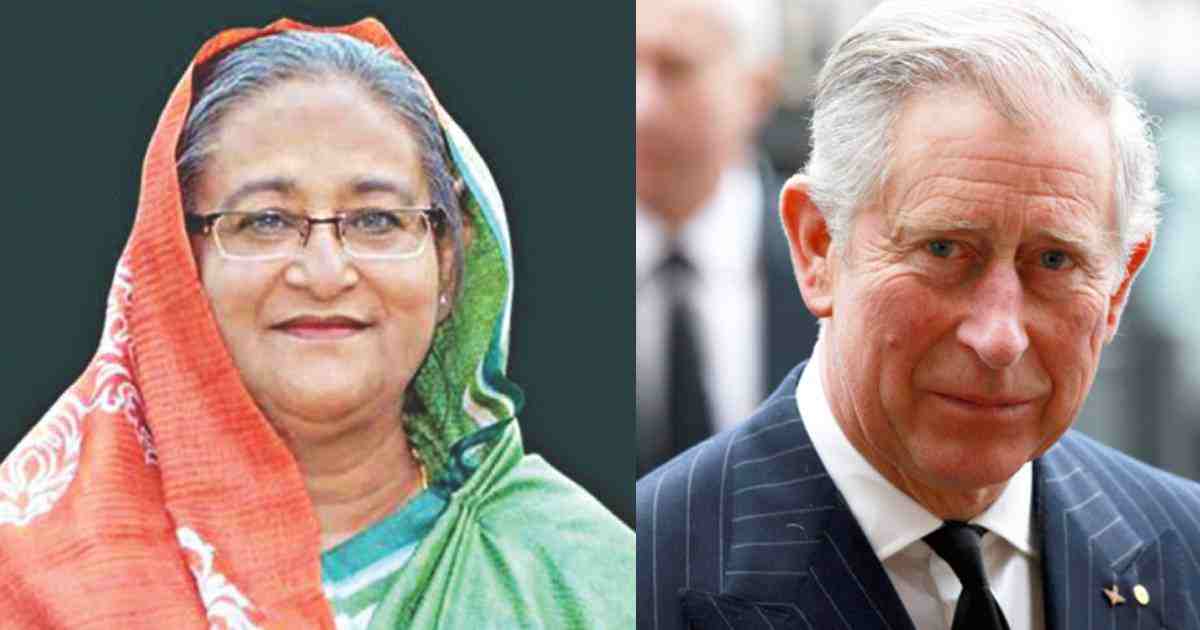 Prince Charles has extended his sincere thanks to Prime Minister Sheikh Hasina for her letter in which she had wished his early recovery from the novel coronavirus.

"I was enormously touched by your very kind letter of concern and for your generous wishes for my recovery from this beastly virus," the Prince of Wales said in a letter sent to the Bangladesh Prime Minister.

In the letter, Prince Charles informed the Prime Minister that he is now much better, said PM's Press Secretary Ihsanul Karim.

"I'm now much better and most grateful to you for taking the trouble to write when I know how busy you are," he said.

Prince Charles appreciated Prime Minister Sheikh Hasina for her strides to contain the lethal virus in Bangladesh. "I was most impressed to hear how you have been able to contain the spread of this pernicious disease at the early stages of its outbreak and that the number of deaths is mercifully so low," he said.

He mentioned the British-Asian diaspora in the United Kingdom are working together to support each other in this critical time. "The British-Asian diaspora, many of whom work in the National Health Service at the coalface of the COVID crisis, are pulling together strongly to support each other and their wider communities, especially through their faith groups and the temples, mosques and gurdwaras," he said.

Prince Charles also showed his keen interest to work together with the Bangladesh Prime Minister on climate change issue.

"I pray that when this global crisis has passed we can turn with renewed determination to the urgent task of tackling climate change by establishing a circular bioeconomy that places nature and communities at its centre and enables us to make the world a safer place," he said.

On March 29, Prime Minister Sheikh Hasina in a letter expressed profound sadness as Prince Charles was infected with Covid-19.