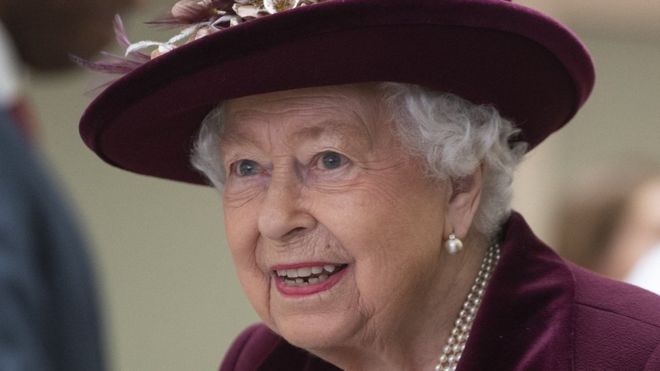 The Queen is to stress the value of self-discipline and resolve during the coronavirus pandemic in a special address to the nation on Sunday.

In a rare speech, she will acknowledge the grief, pain and financial difficulties Britons are facing during this "time of disruption".

She will also thank NHS staff and key workers, and emphasise the important role individuals can play.

Her address will be broadcast on TV, radio and social media at 20:00 BST.

The Queen is expected to say: "I am speaking to you at what I know is an increasingly challenging time.

"A time of disruption in the life of our country: a disruption that has brought grief to some, financial difficulties to many, and enormous changes to the daily lives of us all."
She will add: "I hope in the years to come everyone will be able to take pride in how they responded to this challenge.

"And those who come after us will say that the Britons of this generation were as strong as any.

"That the attributes of self-discipline, of quiet good-humoured resolve and of fellow-feeling still characterise this country."

Why the Queen's message will be about unity
The message was filmed by a single cameraman wearing protective equipment, with all the other technical staff in another room.

It will be intended to reassure and rally people, BBC royal correspondent Nicholas Witchell said.

The decision to deliver the address has been made "in close consultation with Downing Street", he added.

The Queen's address will come less than a week after the Prince of Wales came out of self-isolation, following his diagnosis of coronavirus.

On Friday, he opened the NHS Nightingale Hospital in London via video link.

Buckingham Palace previously said the Queen last saw her son, the heir to the throne, on 12 March, and was "in good health".