Experts warn lockdown could come at 'psychological cost' to footballers 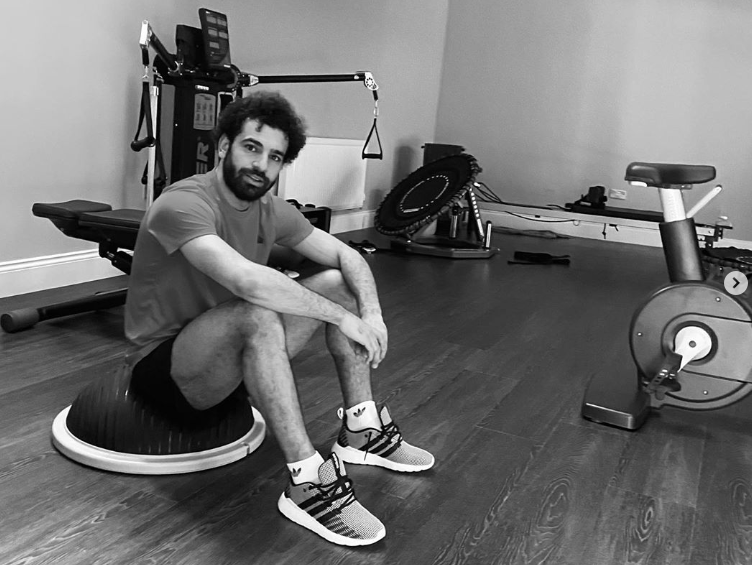 Jose Mourinho is pedaling on an exercise bike to the familiar beat of "Sweet Home Alabama." The Tottenham manager, far from engrossed in the workout, nonchalantly taps each thigh with the palm of his hands as his legs move up and down like a sewing machine needle. It is an unusual technique. But these are unusual times.

At this time of year Mourinho would usually be plotting how to defeat an opponent or, depending on your point of view, figuring out where to park the bus. (His team was supposed to playing Sheffield United in the English Premier League on April 4.) But with most of the world in lockdown, there are no tactics to determine, no battles to prepare for.
Fortunately, for fans of the London club at least, Mourinho's players appeared to be breaking sweat during Tottenham's midweek videolink training session; split screens showed them running on the spot at their homes while a trainer barked from miles away. The future is now.

As a pandemic has swept around the world, video clips of famous footballers training at home have become widespread on social media. The lives of those often regarded as superhuman have also been brought to a standstill by a virus that does not discriminate. Like the rest of us, their futures too are uncertain.

No one can say with certainty when normality will return. No one knows when thousands will again gather in stadiums and joyously cheer a goal, a kick or spectacular save. In the meantime, players must stay at home and work from home.
But the backyard is no substitute for the intoxicating hit to the senses that comes with entertaining thousands, so how will footballers manage to keep in shape, both mentally and physically? After all, they are the people who never seem to be alone; training with teammates, performing magical feats around the world, their almost every move analyzed and recorded.

Brighton manager Graham Potter has admitted this week "one or two" of his players were not sleeping well as they worry about unprecedented events.
Dr. Craig Duncan, a human performance strategist currently supporting the Professional Footballers of Australia (PFA), tells CNN Sport: "The postponement of competitions, the cancellation of training and, in many instances, the isolation of players, this could come at a psychological cost.

"Football players have a strict daily, weekly and season routine. What time to sleep, eat and train is all determined by this schedule so at this stage there are obvious changes. The daily connection in a team environment is also vital, as in any workplace."

Major League Soccer's suspension has been extended to May, the start of the National Women's Soccer League has been delayed, leagues in South America have been halted, while the majority of football in Europe has been put on hold as governments attempt to curtail the spreading virus.

he postponement of Euro 2020, Europe's quadrennial championship, until next year has opened up the summer months to complete the leagues in Europe should they run beyond their scheduled end dates, which seems increasingly likely.

But a number of questions remain unanswered. Will seasons restart in April, May, June or July? What if the leagues can't be resumed? What will be the financial implications? And, should the season bleed into the summer months, what will happen to players whose contracts were set to end in June?

Dr. Duncan has written training programs for players in complete lockdown and is monitoring them through an app which, he says, helps identify if there are any "significant physiological or psychological issues."
"This is a very difficult situation," he adds. "The only thing we can do is focus on what we can control and everything else will play out in some shape or form that at present is unknown."

Focusing on returning to the pitch is not how best to deal with a crisis which has no end in sight. It will only add to any anxiety, Dr. Peter Olusoga, senior lecturer in psychology at Sheffield Hallam University, tells CNN Sport.
"There's a natural tendency to focus on the future, on what's coming up, and when something this unprecedented happens that just ramps up even more," he says.

In sport you have to have goals, things that you want to achieve, but really what you want to do is stay focused on the present moment. If you focus too much on the outcomes you're not attending what's important right now -- the training session that you're doing, the small things you can do to make improvements."

Shifting the mindset, treating the current situation as another challenge to overcome rather than a disaster is important, says Dr. Olusoga. Seeing this crisis as an opportunity to strengthen weaknesses will also help.
"They've already got those skills. It's almost like getting injured. It's a case of using some of those strengths and skills in a different way," he says.

Before the novel coronavirus brought society to a stop, some players were on the verge of winning championships, some were hoping to earn new contracts, some were in a relegation dogfight. Some of these footballers are multimillionaires of world renown; others live modestly and aspire to greatness. Not everyone is the same.