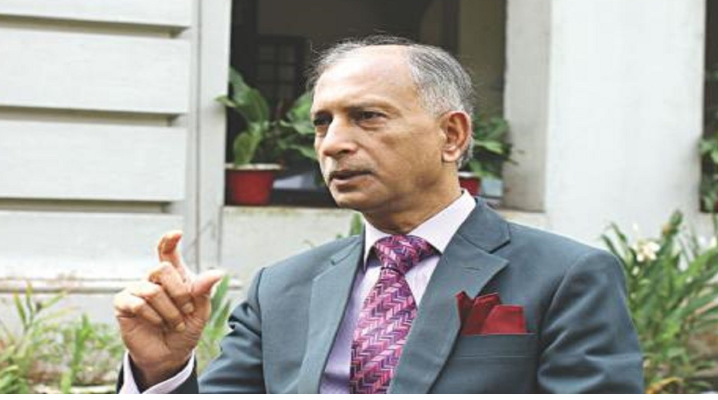 The number of coronavirus cases in Bangladesh continues to rise creating panic everywhere and so does the misinformation making things harder for all concerned to contain both the pandemic and infodemic, said experts.

They also said when rumours, speculations, misinformation flood the internet, the mainstream media fail to counter those with authentic information.

Besides, they said, some of them, being influenced by the social media, are spreading panic by linking death incidents caused by cold-related diseases to coronavirus.

They also urged people not to believe and share the information, photos and videos that are not verified by relevant authorities or credible media outlets.

Even, the wave of misinformation and rumours on COVID-19 forced the government to issue a press statement on Wednesday urging people not to pay heed to any rumour.

It said misleading ideas and rumors are being circulated about the unrealistic reasons of the spread of coronavirus and the ways to prevent it.

“These are all misconceptions or rumours that you can get rid of corona by eating thankuni leaves or by frequently drinking tea or hot water with ginger or garlic. There’s also misinformation that the poor don’t get infected with the diseases and atheists usually suffer from it.”

The statement also said rumours are being circulated that the police will pick them up those get cold or fever.

Meanwhile, Prime Minister's Press Secretary Ihsanul Karim in a statement on Thursday said, "A rumour regarding waiving house rent, postponing bank loan and electricity bill for three months and a one-month holiday in all offices is being made viral through Facebook. These are completely false and fabricated information.”

Prof AAMS Arefin Siddique said the mainstream media must play a very responsible role in the current critical situation. “They’ll have to give authentic information through check and cross-check. They should also counter the rumours and misinformation circulated by the social media with accurate information.”

“Before releasing, airing or publishing, any report, responsible people at news desks edit the copies and they should use their bifocal mind to check disinformation” he said.

Prof Arefin, also a teacher of Dhaka University’s Mass Communication and journalism (MCJ) department, said some media are running news that people are dying with corona symptoms at different places. “It’s misinformation as the Institute of Epidemiology, Disease Control and Research (IEDCR) confirmed the virus was not found in the bodies of those died recently from the cold-related disease. Such misinformation misguides people and provokes them not to trust government statistics.”

He said when death from cold-related disease is a usual matter in Bangladesh, journalists should not link it to coronavirus. “Journalists must not cultivate any skepticism as they should present all information to readers after verifying the sources to separate the fact from fiction.”

He said a campaign should be launched to make people aware about digital lifestyle and grow digital responsibility among them to prevent misinformation.

Prof Golam Rahman said some mainstream media are being influenced by the social media and they are running news without proper varication only to have increased views, like and share of their news items. “It’s an unhealthy competition and practice which can cause ‘infodemic’ and chaos in society.”

He said many news stories are being circulated, mainly by the online media, without attribution and mentioning any source. “Journalists must discharge their duties with responsibility, accountability, sincerity, professionalism and efficiency to avoid misinformation.”

Golam Rahman, also a former professor of DU’s MCJ department, most of those spreading false information and rumours about the virus using social media platforms simply for lack of awareness and media literacy. “But some people spread false information on the social media with a bad intention. This is dangerous and it has to be checked.”

The media expert said the government and the mainstream media should carry out a strong campaign to make people understand the difference between the fact and rumour   and asses the validity of information being spread through Facebook, Twitter and different apps and blogs.

Justice Momtaj Uddin Ahmed said information should be checked and cross-checked before its dissemination by the mainstream media.

Momtaj said people are spreading a rumour through the social media that around 20 lakh people will die from coronavirus in Bangladesh, creating panic everywhere. “In this case, the mainstream media can counter the social media by providing authentic information quoting the authorities concerned, including that of IEDCR and WHO.”

He said though the social media has become a tool to spread propaganda, no separate authority is there to monitor it and prevent fake news. “We need to find out a mechanism to check fake news and misinformation by the social media.”

Iqbal Sobhan Chowdhury said media’s one of the main responsibilities is to provide people information from verified sources and there is no scope to compromise with the authenticity of information.

He said the mainstream media may make some mistakes in providing authentic information, in most cases unintentionally, but it is also true that when people in all other sectors and professions, except doctors and law enforcers, are enjoying public holidays staying at home, journalists are working hard and gathering information taking the risk of their lives amid the virtual lockdown. “The government should evaluate it.”

About social media, Iqbal Sobhan said such media has no accountability as people express their personal opinion there without thinking its consequences.

“People have the right to use the social media and express their opinions but they have no right to spread rumours or mislead people with any ulterior motive. Spreading false and fake information with evil intention is a crime, and the government has the law to deal with such a crime.”