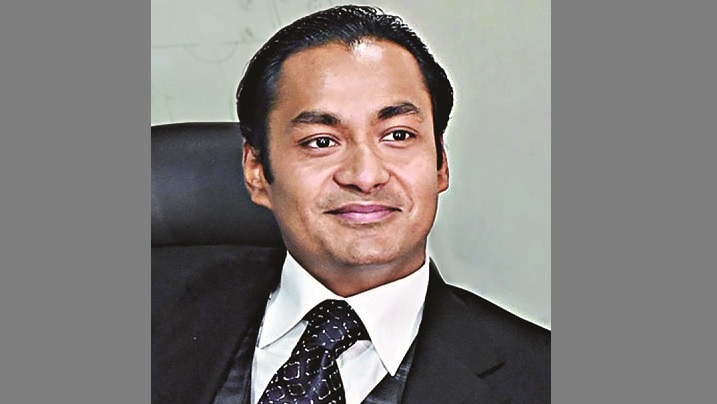 Bashundhara Group, the country’s leading business conglomerate, always stands by the government on all national issues.

“Bashundhara Group has extended its helping hand to the government in tackling the national crisis. The company is always beside the government on all national issues of the country and its people,” he said.

The people of Bangladesh like elsewhere of the globe are facing tough times and they never experienced such a terrible situation like this after the liberation war in 1971, Sayem Sobhan Anvir added.

Bashundhara Group has proposed to Prime Minister Sheikh Hasina to use International Convention City Bashundhara (ICCB) as a temporary hospital.

“The country needs such timely response from us. We want to offer the ICCB as a gift to the Prime Minister to be used for saving many lives,” the Bashundhara Group Managing Director said.

Anvir said ICCB will be turned into a 5,000-bed hospital, which will bigger than the hospital constructed by the Chinese government in Wuhan province to treat COVID-19 patients.

“ICCB is a perfect place for such noble venture having all facilities including water, power, fire fighting and central air conditioning systems,” he said, adding that the facility can accommodate ICUs also.

As it is difficult to go for new construction in the current situation, the Convention City can be used as a temporary hospital, he opined.

“Tackling any disaster largely depends on good communication systems. ICCB has airlifting facility too. A critical patient from any part of the country can be carried to this hospital by helicopter.”

“All we need are doctor, bed and units. The government is already in possession of these resources which should be just shifted to ICCB.”

The high officials of the health ministry and armed forces already visited the proposed hospital site and expressed satisfaction with the facilities.

If required, this facility can be turned into a hospital in seven to ten days, the Bashundhara Group Managing Director assured.

Bashundhara Group made the proposal to the Prime Minister in writing. Managing Director Sayem Sobhan made the offer to the premier during a video conference as well.

Prime Minister Sheikh Hasina also made an instant response by accepting the proposal.

About the implementation of the proposal, Anvir said Bashundhara Group expects the process of establishing the proposed hospital to be expedited.

“We are glad to have the proposal accepted by the Prime Minister. Now we underscore the need for expediting the necessary work.”