Has Corruption Decreased at all in Last Forty-Five Years? 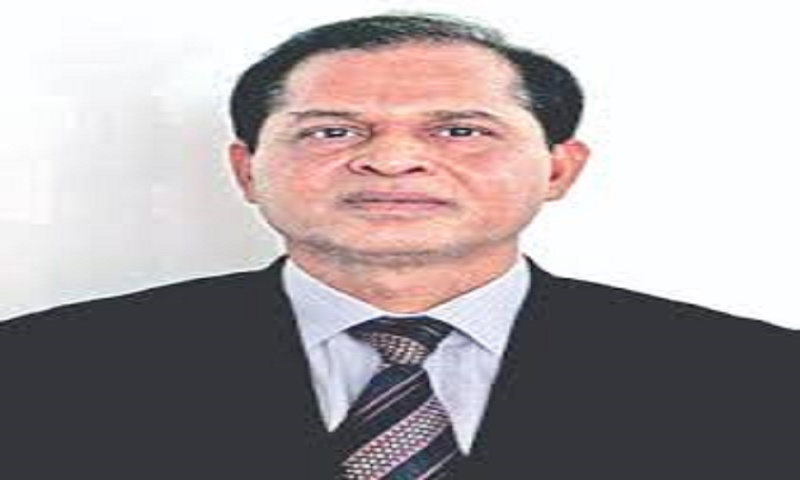 Few days back, suddenly I got a copy of the address given by the Father of the Nation Bangabandhu Sheikh Mujibur Rahman at Bangabhaban on the occasion of the inauguration ceremony of the training programme organised for the newly appointed district governors. I went through it a number of times. That's pretty long, really. There were also reasons to be long. Many instructions and guidelines on various issues came up in his speech. Bangabandhu knew very well the mind of the common people of Bangladesh, their helplessness and harassments while going to any government office or court for taking services or justice, the advantages and disadvantages they had to face in their everyday life. And that's why the Father of the Nation didn't forget to attach importance to those issues in his speech.

The purpose of today's writing is not to discuss the political context of that time. It was the primary step in the path of ensuring the overall well-being thatmeans the basic demands of the common people of the country. Bangabandhu wanted to equip the administration for the purpose of moving the country towards development in the light of the state structure that ensures the social security of the people. He, in fact, thought to free the poor people of the country from exploitation as well as poverty.

In what direction the corruption was flowing regardless of the political and socio-economic context of the country, Bangabandhu's speech had clearly described that corruption, in reality, was a major hindranceto any type of administration.

This article is nothing but to underline the corruption issues mentioned in that speech. While speaking on corruption, Bangabandhu said, "The great thing is, a last word, which I say again and again, is corruption. I have confidence in all the people- starting from the government servants to my colleagues I have selected and those whom I have made governors so far. I believe that they will be above corruption. But corruption is not just to take bribe by oneself.  On this, I want to say that helping corrupt people is also corruption. Nepotism is also a type of corruption. Please stop this. Do not fear, do not fear. No one needs to be afraid of. Do not fear anyone except Allah. I'm with you too."

It’s true that Bangladesh could no longer walk on that administrative structure. The nation had to experience the most tragic incident on the darkened night of 15 August 1975. Consequently, corruption also got relieved of disappointments, which means, from the fear of eradication. As a result, the momentum of corruption could not be stopped. Its eradication remaineda far way; it became more and more strengthened in its functions and nothing reduced. Instead, it, over time, grew as a big tree with extended new branches and full of flowers by the grace of a favourable environment and proper nourishment. Under its cool-breezed shadow, thousands of people have been enjoying their lives with pomp and grandeur. On the contrary, the desired development of the country and the improvement of the fate of the common people are going far as the mirage, crossing the boundaries of our sight, but without any gain. Is the soil of Bangladesh so fertile for the growth of corruption?

The types of corruption that we find in Bangabandhu's speech are direct bribery, helping the corrupt person in corruption and nepotism. On nepotism and bribery, Bangabandhu said very clearly, "And, today, you declare to me that you will not do any nepotism. You will not help peoples taking bribes. The suffering of the people of Bangladesh cannot be alleviated due to just a few people - I want to see its remedy.”

1975, and now it is running 2020. Since this period of time, there seems to be no change in the types of corruption. Might be, at that time, there were less people having the habit of taking bribes directly, or engaging in corruption. Today, we are compensating at each and every step due to our failure to control corruption. One cannot deny that the magnitude and prevalence of corruption has largely increased. When the seeds of corruption exist in the society and the size of the economy of the country increases, the quantity of seeds of corruption will obviously increase and spread all around. If there is no weeding in the field, one day the entire crop would be eaten by the grass. It is not that we do not see, but we do not have the courage to say anything or have the power to do anything.

There is no doubt that nepotism is another form of corruption. Providing any benefit to a relative in illegal way or using a relative for one’s own benefit, are the other ways of corruption. Nepotism is not only unfair, but the biggest obstacle to establishing justice. Nepotism weakens the goal of establishing good governance, hits the backbone of the state structure. And the state can never stand on that weak backbone. In this situation, not only the overall development of the state is disrupted, the existence of state comes under threat. One day, the inevitable result of nepotism makes the state-system ineffective. The Father of the Nation, on that day, was able to understand the situation, and thus asked to renounce nepotism. We should not forget that encouraging nepotism means pushing the country to an immoral situation and establishing injustice in the society.

As Bangabandhu was well aware of the sufferings of the common people who were imprisoned in the hands of a few corrupt persons, he said, "Sometimes it makes me intolerable, when think, why has this corruption entered into the society?" In order to protect his beloved countrymen from the paws of corruption, he had given utmost importance to stop corruption. So, he hoped and said, "Whether you do any work or not, do it. Let corruption be no more." He mentioned corruption as "intolerable”. It should not be very difficult for anyone to understand how much pains he had felt to pronounce this.

Can't we lighten some of that pain of our Father of the Nation?

It was not difficult for Bangabandhu to realise how dire corruption was for a society or a country, because he has grown up amidst these people and in the soil and water of Bengal. That is why Bangabandhu stressed on stopping corruption above all else. If you cannot remove corruption from the society, then corruption cannot be eradicated from the country. Everyone in the society knows the corrupt persons. In our childhood, we have seen how much people hate a corrupt person. But with the change of time, people involved in corruption have established their position as leaders of the society. When breathing of a society runs at the indication of corrupt persons, that society cannot retain justice, honesty and the rule of law. One day the society that means the country becomes the playground of corruption. Thus human values, social justice, humanity and religious discipline are ceased to exist from the society. Honest people do not even find the minimum chance for survival due to the ascendancy of corrupt people.

A person, comes to a government office to get any service, usually has to pay bribe, otherwise no service would be available. Bangabandhu knew how these people are harassed for not offering any bribe. He was very close to the soil and the people of this country, he was their own man. Bangabandhu was the leader of those neglected people. He did not forget to say, "One more thing I want to tell you today. Let the people allow sitting in the police station, ensure that they do not have to give money.

There might have been some bribery business in some offices in those days. But in the last forty-five years, the root of corruption has gone so deep that it is very difficult nowto root out. There is no area in the society where corruption has notbred in open and concealed forms. Even, teachers (the architects of human beings) and doctors(the saviours of people’s lives), that means, the education and health sectors, are also immersed in corruption today. The motto "Who does injustice and who tolerates injustice, both are equally guilty" has become very old. Currently, the country is running under 'who takes bribe and who gives bribe, both are equally benefited'. In fact, bribe taker and bribe giver are bounded by an unholy wedlock. Do corruption, but manage everything around. Then, the ocean of corruption can easily be crossed over. Has our morality been so much deteriorated? Do not be worried, Bangabandhu is no longer with the people. Then, who else will come to stop this? Alas, my poor motherland!

Corruption, more or less, exists in many countries of the world. But a very few country as our country, corrupt people are seen to be so notorious and shameless. Bangladesh was born from the blood of millions of martyrs. Where is our commitment and patriotism? Can't we make Bangladesh a corruption-free country? Can't we jump into another liberation struggle to wipe out corruption forever from this holy soil? How long will we look forward to the leadership who will call us for such a struggle? I believe that the whole nation, especially the youths, civil society and media will not delay for a while to stand beside that leadership. Will the country get that clarion call very soon?

I would like to end my writing by echoing the words of Bangabandhu – whether you do other works or not, but stop corruption. Only then, you will see that justice, honesty and the rule of law have been established in the country by removing all the defilements of the society. The country's development will be moving at a rapid pace. We have no other way opened in front to make the society free from corruption to ensure human development and the development of the country. It is true that this is a very difficult and complex task, but not undoable or impossible. If we have a leadership with patriotism, strong morality and commitment to take necessary steps in this regard, he or she will surely be able to eradicate corruption from Bangladesh. And only then, Bangabandhu’s appeal will be fulfilled.