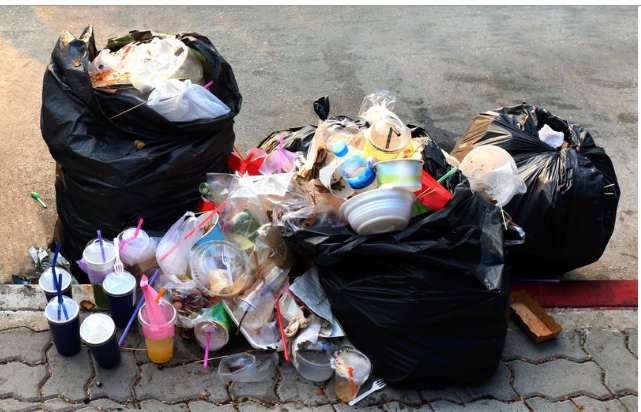 Panic buyers who stockpiled goods have been slammed for dumping food amid fears it could bring an influx of rats.

Piles of uneaten foodstuffs have begun piling up as people who greedily filled their trolleys are finding they have not enough room in their cupboards and larders or items are now reaching their best before dates.

Fearing it's past the safe-to-eat date, they are fly-tipping it and mountains of the stuff are beginning to reek and rot in the streets - a magnet for a plague of rats.

It comes after supermarket shelves were stripped by shoppers who hoarded food - often depriving the most vulnerable in our communities of basic necessities such as milk and toilet roll.

Pictures shared on social media show huge amounts of unopened food stuffs piled up next to black bins.
One set of images show loaves of bread, bunches of bananas and numerous bags of potatoes overflowing from black bins.

James tweeted: "All those panic buyers who emptied the shelves and are now doing this should be fined! Pictures taken by refuse collectors on their rounds! Absolutely fuming!!"

Other pictures show unopened meat and veg left on the ground to be collected.

Posting on Twitter, Liberal Democrat Councillor Ajit Singh Atwal said: "To all the people in this great city of ours in Derby, if you have gone out and panic bought like a lot of you have and stacked up your houses with unnecessary items you don't normally buy or you have bought in more food than you need, then you need to take a good look at yourself."

With councils closing recycling centres, and bin collection teams threatening to down tools because of coronavirus, the rodents are swarming in to feast.

The fear is the rats, some more than a foot long, will sneak into homes and spread crippling Weil's disease and other illnesses through their urine.
Many have become resistant to over-the-counter poisons and with spring nearing, experts say they will be breeding increasingly.

The National Pest Technicians Association warned that 'good housekeeping is more important than ever' to stop the risk spurred by panic buyers who have stuffed their cupboards with supplies and are now dumping it.

NPTA technical manager John Hope said: "It will have an effect on public health because, if you're stockpiling goods, there's more food there to attract rodents.

"It's the same as when rubbish piles up on the street due to missed bin collections - the more that's there, the more chance there is of attracting rodents without actually seeing them, because they can get in there unnoticed by time you get to bottom of the pile.

"Public health pests such as rodents, cockroaches and house flies are known to carry bacteria and can pass this on to people."