Doctor returns home, breaks down after stopping son from hugging him 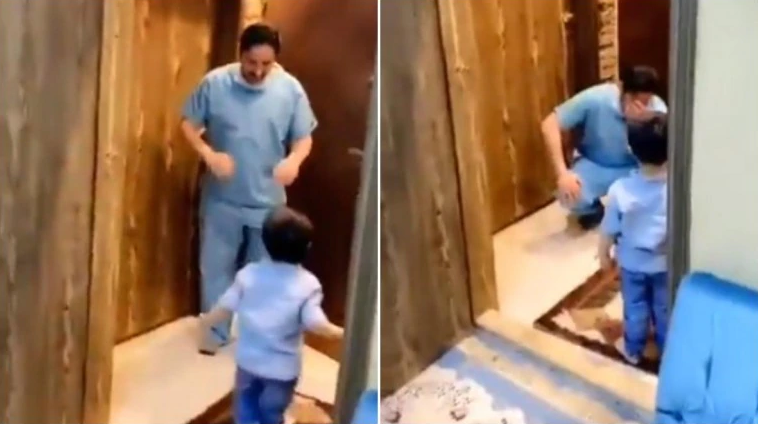 The novel coronavirus pandemic has wreaked havoc across the world and while everybody is confined to their homes, doctors and healthcare workers are at the forefront of the global outbreak. Such is the plight of doctors that they often have to keep themselves away from their loved ones as well.

An emotional video of a doctor from Saudi Arabia breaking down in tears after stopping his little son from hugging him is doing the rounds of social media. The six-second clip was shared on Twitter by a user, Mike, and has gone viral on the internet with over four million views so far.

As soon as the doctor stepped inside his house after returning from the hospital, his little son ran towards him in joy to hug him. The child was immediately stopped by his father, who asked him to move away because he was in his medical suit, and had returned home after treating coronavirus patients.

Upset, the doctor sat down on the floor and broke down in tears. "A Saudi doctor returns home from the hospital, tells his son to keep his distance, then breaks down from the strain," Mike said in the caption of his video.

A Saudi doctor returns home from the hospital, tells his son to keep his distance, then breaks down from the strain. pic.twitter.com/0ER9rYktdT