Hundreds of stranded German tourists flown out of Nepal 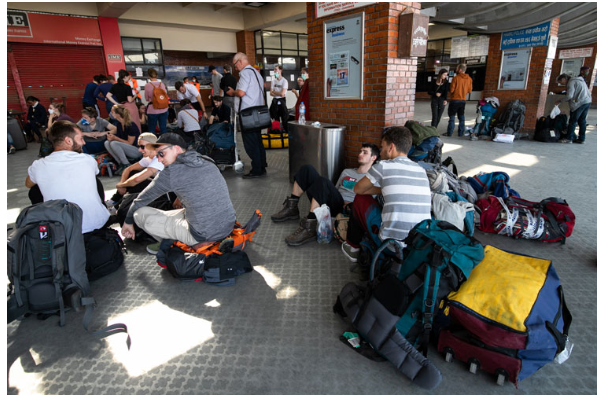 More than 300 German citizens stranded in Nepal’s capital Kathmandu were flown out of the country on Friday, officials said.

Hundreds more tourists remain stuck in Nepal after it imposed a lockdown and suspended all commercial flights to help contain the spread of coronavirus.

The US Embassy said in a tweet on Thursday that it has formally requested the Nepal government to facilitate the departure of US citizens from the country.

"The Embassy is exploring flight options that will depart from Kathmandu once the permission is granted," it said.

On Thursday, Nepali tourism officials told CNN about 500 foreign trekkers were stranded in several mountain trails across the country due to the lockdown.

On Friday, more than 200 of them were brought to Kathmandu, Nepal Tourism Board chief Dhananjay Regmi told CNN, adding that the rest should be brought to the capital "by Saturday evening."

According to Regmi, five flights were being sent to Lukla – the main gateway to Mount Everest – Saturday morning to transport stranded trekkers to the capital.