Supermarket throws out $35,000 of food due to customer's sneeze 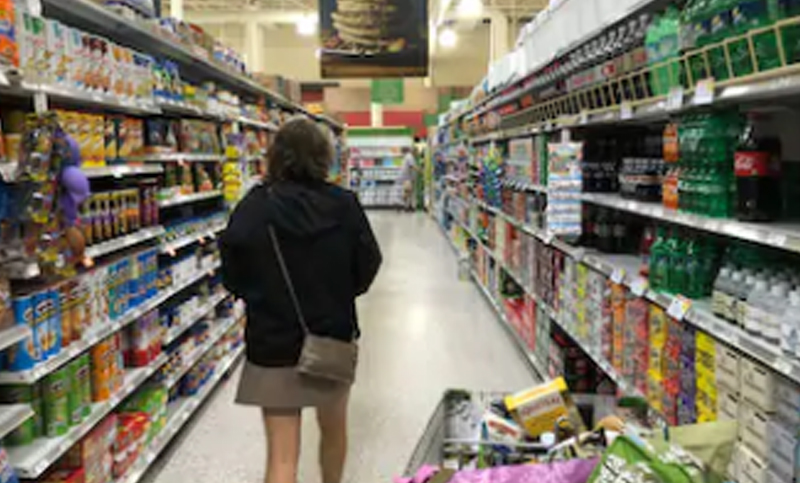 A Pennsylvania supermarket says it had to throw out tens of thousands of dollars worth of food after a woman purposely coughed on items across the store.

Joe Fasula, co-owner of Gerrity's Supermarket, described how their Hanover Township store had a "very challenging day" after a woman coughed on the fresh produce, as well as some of their bakery section and meat items.

Fasula accused the woman, who is allegedly known by police to be persistent problem in the community, of carrying out a "very twisted prank" amid the coronavirus outbreak. He said the store had no choice but to throw out all the items of food that she came into contact with.

"Although we have not yet quantified the total loss, we estimate the value to be well over $35,000," Fasula said. "I am also absolutely sick to my stomach about the loss of food.

"While it is always a shame when food is wasted, in these times when so many people are worried about the security of our food supply, it is even more disturbing."
Fasula said they do not believe the woman was infected with COVID-19, but will make "every effort" to ensure that she is tested.

"The only silver lining to this travesty is that it gave us the unfortunate opportunity to test our protocols and demonstrate how seriously we take your safety," he added. "At one point, we had over 15 employees involved in the disposal and clean up."

The Hanover Township Police Department confirmed they are investigating an incident at Gerrity's Supermarket in which a female customer "intentionally contaminated"
The suspect has been identified and was taken to a local hospital for a mental health evaluation. Criminal charges are expected to be filed against the woman.

Hanover Township Police have been contacted for further comment.

Earlier this week, a man was charged with terrorism offences after allegedly coughing on a supermarket worker in New Jersey and telling her he had coronavirus.

George Falcone, 50, of Freehold, was charged with terrorist threats in the third degree and harassment following an incident at a Wegmans store on March 22.

"These are extremely difficult times in which all of us are called upon to be considerate of each other— not to engage in intimidation and spread fear, as alleged in this case," New Jersey Attorney General Gurbir S. Grewal said while announcing the charges.

"Exploiting people's fears and creating panic during a pandemic emergency is reprehensible. In times like these, we need to find ways to pull together as a community instead of committing acts that further divide us," said Monmouth County Prosecutor Christopher J. Gramiccioni.

There are more than 69,000 confirmed cases of the coronavirus in the U.S., the third highest in the world according to Johns Hopkins University. Over 1,050 people have died from COVID-19, with 619 patients recovering from the virus.

The graphic below, provided by Statista, shows the global spread of the new coronavirus as of March 25.