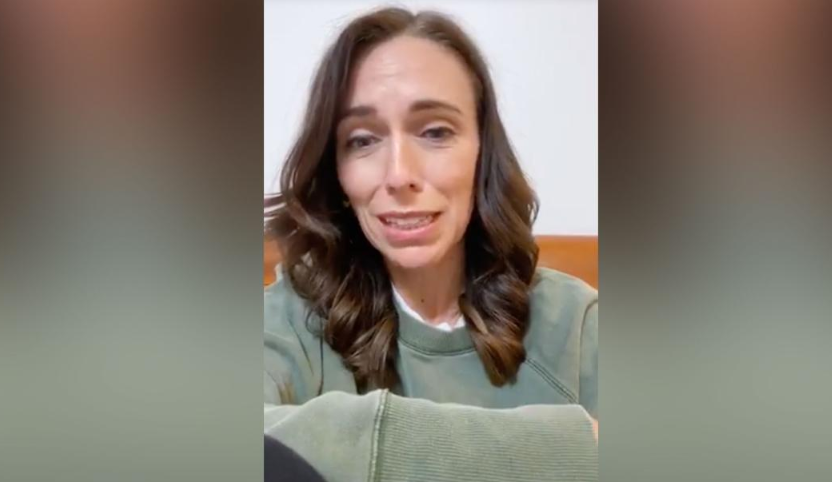 New Zealand Prime Minister Jacinda Ardern hosted a Facebook Live from her home on Wednesday to answer questions as the nation became one of the latest to issue self-isolation measures in a bid to tackle coronavirus.

Ardern, who apologized for wearing a casual green jumper and explained that she had just put her daughter to bed, said she wanted to "check in with everyone as we prepare to hunker down for a few weeks."

"Excuse the casual attire, it can be a messy business putting toddlers to bed so I'm not in my work clothes," she said.
On Wednesday, the New Zealand government sent emergency text alerts to citizens telling them to stay home and to observe social distancing.
"By and large, we're very keen that you stay home -- that you stay within what we call your bubble, the bubble of people that you'll be with for the next four weeks," she explained to an audience that has reached.

New Zealand has so far had a relatively small number of confirmed Covid-19 cases -- 283 confirmed cases and no deaths according to the most recent figures from Johns Hopkins University.
But speaking on Wednesday, Ardern warned that figures were expected to rise sharply.

She urged the Facebook Live audience not to feel disheartened if it didn't seem the social distancing measures were making an instant impact and explained there would be a delay of several days before the positive impact would be felt.

"I'm expecting we may see several thousand cases over a period of time until... we will, we hope, begin to see the effects of what we're doing with social isolation having a positive impact," she added.
"Remember stay at home, break the chain, and you'll save lives."
Nearly a third of the world's population are living under coronavirus-related restrictions as governments and health officials around the world move to slow the spread of the virus.