Measles claims lives of eight children in Rangamati in 24 days 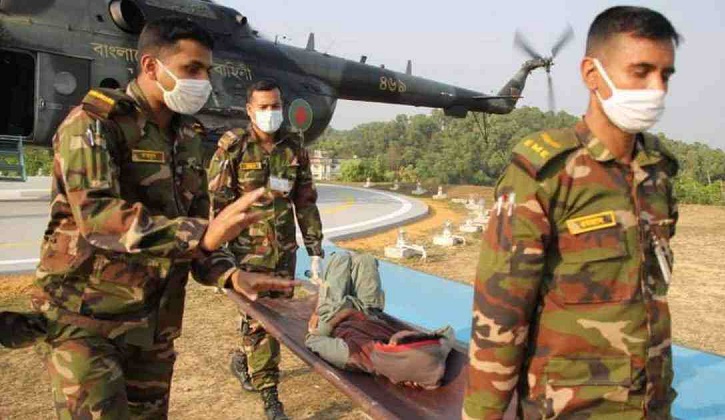 Another child has died from measles in Baghaichhari upazila of Rangamati, taking the death toll to eight in the past 24 days.

The identity of the deceased could not be known, said Civil Surgeon Dr Bipas Khisa.

Five other children were airlifted to Chattogram Medical College Hospital in critical condition, he said.

Measles cases broke out in three remote villages of the upazila in February where six medical teams have been working in the villages in Sajek, the civil surgeon said on Tuesday.

Eighteen doctors and nurses are working to prevent the transmission of the disease, he said.

District health office on March 20 confirmed the deaths of five children from measles, while 100 more were infected. Later, two of the children died.

In August 2018, four children died from measles at a remote Tripura village on a hill in Hathazari upazila of Chattogram. Besides, nine children died at Tripura Palli in Sitakundu upazila in July 2018.

Measles is a highly contagious viral disease. It remains an important cause of death among young children globally, despite the availability of a safe and effective vaccine.

While vaccination has drastically reduced global measles deaths — a 73% drop in 2000-2018 — measles is still common in many developing countries, particularly in parts of Africa and Asia, according to the World Health Organization (WHO).

More than 140,000 people died worldwide from measles in 2018. The overwhelming majority (more than 95%) of measles deaths occur in countries with low per capita incomes and weak health infrastructures.