Black Night of History: Its Recognition as Genocide 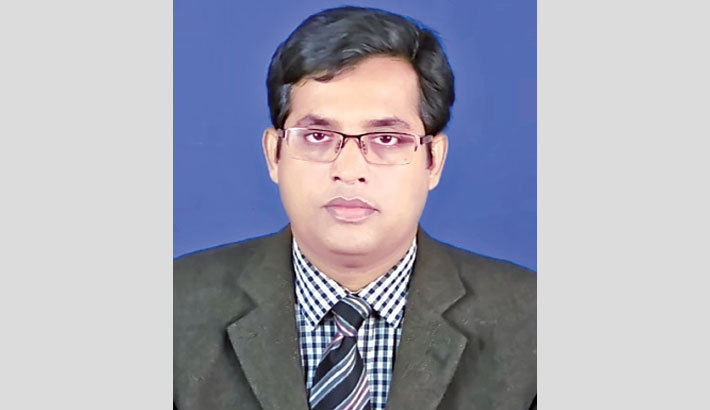 March’s significance in Bangladesh’s history is immense, as on-going political turmoil turned into a war of independence in this month of 1971. Faced with the West Pakistan military rulers’ continued conspiracy, Bangabandhu proclaimed a diplomatic announcement of our independence through his speech on 7 March. The ruler of the Pakistani army did not take Bangabandhu’s speech of 7 March as frivolously as the speech was a guideline for the people of East Pakistan to prepare them for a civil disobedience movement. Having considered different aspects of the speech and the strength of Bangabandhu's leadership, the Pakistani ruler realised that they could not suppress the movement in their province.

Therefore, in the name of holding dialogue with Bangabandhu, they deliberately played a nasty political game with the East Pakistan leaders. Intending to play the diplomatic game, President Yahya Khan sat in a meeting with Bangabandhu in mid-March to find a solution to the on-going political crisis, although he knew very well that there would be no consensus in the discussion. He decided to kill some time in the name of negotiation, to deploy his army in East Pakistan to execute a massacre.

On the fateful night of March 25, 1971, the Pakistani dictator launched “Operation Searchlight” to kill Bangalee members of East Pakistan Police force, students and teachers and thousands of common people in Dhaka city. One of the key aims of carrying out the massacre was to restrict the nationalist movement by taking control of the major cities on March 26. They tried to find a ‘final solution’ to the nationalist aspirations of Bengalese by killing university students, teachers and cultural activists along with law enforcement agency members as these people were perceived to be the most dissident groups capable of influencing the other groups to get involved in the nationalist movement.

To attain this aim, the Pakistani ruler forced all foreign journalists to systematically deport from Bangladesh as part of their cruel strategy. By sending out journalists, they sought to ensure that the massacre’s news would not be reported in international media. Though it was hard to find the exact number of people killed in the massacre, they killed several thousand people. Despite Pakistan’s attempt to stop the release of the killing news along with its number, in its April 01 report, international media such as the New York Times reported that around 35,000 people were killed during the massacre in Dhaka. The Sydney Herald reported in their article that the “Operation Searchlight” killed some 10,000 to 100,000 innocent people of East Pakistan.

Many predicted that the overall number would be several times greater than what was published in different international media. While there is a difference of opinion between the historians and government departments about the total number of people being killed, there is agreement among all that the ruler of the Pakistani army carried out “genocide’ on the dark night of March 25. Many historians have compared the brutality with the destruction of the Soviet POWs, the Jewish holocaust and the Rwandan genocide.

While genocide took place in Bangladesh on 25 March 1971, even after 49 years of our independence, we were unable to gain recognition of such brutality as genocide. Even, the day was not observed by many earlier governments in the country. They did not take any action to gain public recognition of the genocide from the international community.

Finally, the Awami League government led by Sheikh Hasina initiated the process of obtaining recognition of such cruelties by adopting a unanimous resolution in the National Parliament on 11 March 2017 to observe the 25th of March as the day of Genocide. With great honour, the day has since been observed in Bangladesh. We should all express our gratitude to the AL government for commencing the process of honouring the martyrs who were killed on that night with brutality.

We cannot ignore the significance of the incident of 25 March in the history of our war of liberation. East Pakistan people were motivated by Bangabandhu’s March 7 speech to sacrifice their lives for the country’s sake. On the other hand, the brutality of March 24 made citizens determined to fight against the Pakistani dictator to force them out of Bangladesh soil to attain the country’s independence.

We have observed growing aspects of foreign politics surrounding Bangladesh’s independence over the last 49 years. At times, several world superpowers declined to recognise the genocide that the Pakistani dictator had perpetrated on the night of March 25th. Gradually, they started admitting that genocide took place in Bangladesh. However, full recognition of the genocide has not yet attained from the international communities despite the government of Bangladesh’s submission to the United Nations to declare the 25th of March as the Genocide Day so that the whole world could observe this day and express their revulsion against the Pakistani ruler. Unfortunately, despite having a consensus among international bodies, scholars, historians and foreign journalists on the issue of genocide, we have still not been able to persuade the United Nations.

While the formal international recognition of the genocide has yet to be achieved, we should keep our faith to the leadership of Prime Minister Sheikh Hasina, who was able to gain several international recognitions of our historic movements. For example, the declaration of the International Mother Language Day by UNESCO on 21 February was possible due to the AL government’s strong diplomacy. Even, the recognition of the 7th March speech of Bangabandhu as the World’s Documentary Heritage by UNESCO’s was also attained by the Al government in 2017. Such recognitions expanded the boundaries of language movement and the historic 7th March speech of Bangabandhu beyond Bangladesh. Therefore, these events are observed by the whole world along with the people of Bangladesh.

As stated above, the AL government raised the issue of recognition of the 25th atrocities as genocide at the United Nations last year. Different government spokespersons also expressed their commitment to attaining international recognition of the genocide. Even the UN secretary general’s special adviser on the prevention of genocide - Adama Deing while meeting with our Prime Minister made her pledge on March 24, 2019, stating that they would raise the issue of Pakistani genocide in Bangladesh during the liberation war in the international forum with some limited apprehension that some countries may oppose the issue.

Taking the issue of recognition of the brutality of the 25th of March as genocide, the ministry of foreign affairs should adopt more strategic diplomatic approach in this regard as they have done in other cases. We strongly believe that such recognition could only be attained under the Sheikh Hasina government. If they could attain this recognition, the people of Bangladesh would remember them for long for their sincerity to the issue of the war of independence.

The writer is a Professor of Public Administration and an Additional Director of the Institutional Quality Assurance Cell (IQAC) at the University of Rajshahi, Bangladesh