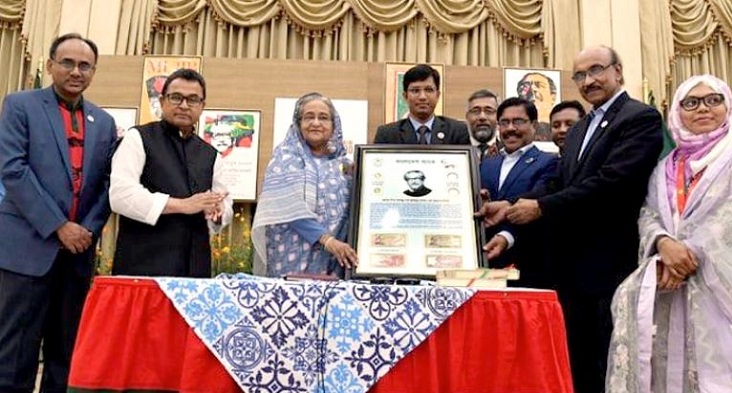 Prime Minister Sheikh Hasina on Tuesday inaugurated a regular currency note of Tk 200 denomination alongside commemorative gold and silver coins on the occasion of birth century of Father of the Nation Bangabandhu Sheikh Mujibur Rahman.

The new banknotes were launched at a function at Prime Minister Sheikh Hasina’s official residence Gana Bhaban in the capital this afternoon.

The new banknotes will be available in all branches of the Bangladesh Bank including its headquarters in the capital’s Motijheel from tomorrow (Wednesday).

The central bank formally released the new banknotes as part of its effort to commemorate the birth century of the Father of the Nation.

Finance Minister AHM Mustafa Kamal, Bangladesh Bank Governor Fazle Kabir, Deputy Governor SM Moniruzzaman and high official of the ministry and the central bank, among others, were present at the function.