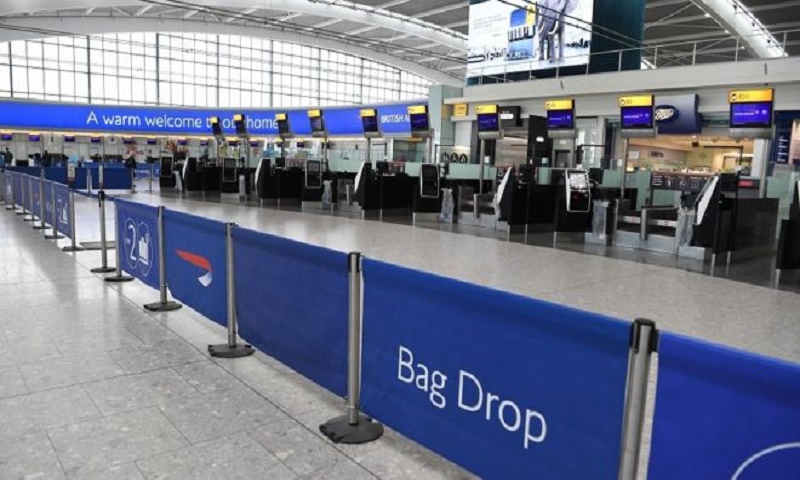 The UK's aviation industry may not survive the coronavirus pandemic without emergency financial support, airlines have warned.

Trade body Airlines UK has asked the government for a package worth several billion pounds.

US travel restrictions will hit all transatlantic routes from Tuesday, further denting the aviation sector.

The government said it was open to supporting all businesses, including airlines.

In a stark message, Airlines UK said the government's "prevarication" and "bean counting" had to stop.

"We're talking about the future of UK aviation - one of our world-class industries - and unless the government pulls itself together who knows what will be left of it once we get out of this mess," it added, reports BBC.

Airline bosses have been talking to ministers, and executives at Virgin Atlantic are due to write to the prime minister.

The demand comes after the US announced it will extend its European travel ban to include the UK and Republic of Ireland.

The ban, which will begin at 04:00 GMT on Tuesday, will hit vital routes for the likes of British Airways, Virgin Atlantic and Norwegian Air.

Meanwhile, American Airlines announced it is suspending nearly all of its long-haul international flights from Monday.