What We can Learn from Mashrafe 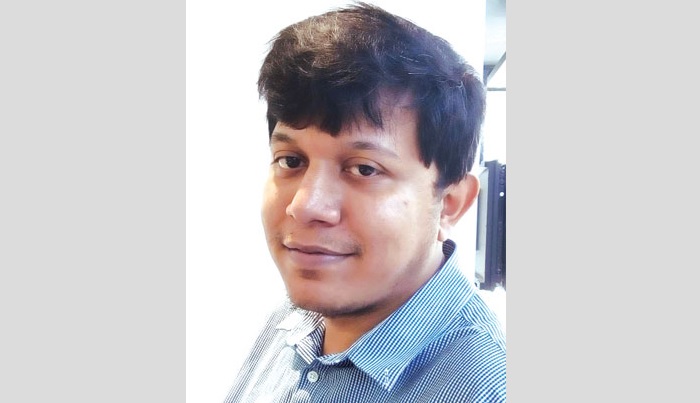 Mashrafe Mortaza, the veteran cricketer, has proven once again that he puts his team first. On 5 March 2020, we received the inevitable news of his resignation as captain of Bangladesh one-day team. His impromptu decision has sent shock-waves around the cricketing fraternity. Mortaza rightly says, “It is the right time to bring a new captain keeping the 2023 world in mind”. He wants Bangladesh Cricket Board to choose an experienced captain who will be able to handle constant media scrutiny and public glare.

What We can Learn from Mashrafe Mortaza burst on to the scene in 2001. He was called the “Narail Express” for his expressive pace. Raqibul Hasan, ex Bangladesh cricketer, capped twice, was the first person to pick Mortaza up from relative obscurity. Even before making his debut, Mashrafe hogged the limelight because of his express pace and consistent line and length. Former West Indies legendary fast bowler, Andy Roberts came to Bangladesh for training some of our fast bowlers in 2001. He lauded Mortaza, Talha Jubair and Mohammad Sharif for their massive potential. Unfortunately, injuries curtailed Talha and Sharif’s international careers. Unlike Mortaza, they did not show steadfast mentality to spearhead Bangladesh later.

I am lucky enough to witness Mortaza’s first international match which he played against Zimbabwe in M.A. Aziz Stadium, Kazir Dewri, Chattogram. At that time, Bangladesh used to play their home matches in that iconic stadium. The Zohur Ahmed Stadium, where Bangladesh plays their international matches in Chattogram, is on the outskirt of the commercial city of Bangladesh. As a result of which, most commuters who live in the proper, do not feel interested in watching their favourite team play by travelling so far. Mostly, the stadium remains half-empty. Our cricket board should relocate the international matches back to where it belongs: MA Aziz Stadium, adjacent to dashing opener Tamim Iqbal’s permanent home-address.

Let me come back to Mortaza now. Mortaza bowled the first ball of his international match so fast that the Zimbabwe batsman Grant Flower later claimed to have missed the ball which whisked past his bat and broken one of the timbers in half. Although Bangladesh could not win the match, Mashrafe’s accurate bowling gave us the hope of a bright future lying ahead of Bangladesh’s pace-battery. Many past stalwarts like Rokon, Bidyut and Opi flattered to deceive us. However, we finally had two youngsters on our hand: one was Md. Ashraful and the other one was Koushik, nickname of Mortaza. In the following days, Mortaza’s troubled-knees hampered his cricketing growth. There were many times Mortaza could not even finish his bowling line-up. He was mostly stretched off. It was a common sight in those dark days. When he was named in the team, we used to wonder whether he would be dogged by another injury or not.

There were many sceptics of Mortaza. I was one of them. I thought Mortaza’s career was over when he fell down while completing his bowling run up during the first match of 2011 Cricket World Cup against India. He left the field with tears on his eyes. We all surmised his career was over. The stubborn Mortaza recuperated after going through several operations. During his comeback trails, he looked fitter than ever. He puts on braces to stop his knees from swelling up. More importantly, his determination was the highlight of his second-coming. Before he was announced as the captain, Bangladesh was going through a turbulent period. Unluckily, there was a rift among players off the field. Mortaza accepted the captaincy and galvanized the whole team. They started playing in unison. Results kept coming. The highlight was the 2015 Cricket World Cup where Bangladesh beat England in a round-robin match to book a semi-final against India which they unfortunately lost.

In his press-conference, Mortaza shed light on the one-run loss to India in 2016 T-20 World Cup. Bangladesh deserved to win the match. Unfortunately, Rahim, Riyad and Shuvagata Hom could not hold their nerves. They buckled under pressure. Hom failed to complete a single which would have given Bangladesh a chance to shower themselves with the glory of beating a strong opponent like India in their own home-turf, in front of their fervent supporters. Mortaza dubbed it as the lowest point of his cricketing career. Sportspeople have more lows than highs. It is very easy to do well in the first couple of years but more difficult to carry on the momentum. Opponents find them out. Mortaza, even at the age of 36, has proven his doubters wrong. He did not give up his captaincy despite his team’s dismal performances in the last year’s world cup.

Mortaza is a patriot. Bangladesh still needs him not only as a cricketer but also as Member of Parliament. When Sheikh Hasina nominated him to be the political representative from his region, he did not answer in the negative. He won a landslide victory in the 2018 election. More importantly, he denied receiving perks as MPs are allotted to. His aim is to take Bangladesh forward as dreamt by Bangabandhu Sheikh Mujibur Rahman. He is into politics not for earning money but doing something better for Bangladesh. There are some common traits among famous world leaders. They are honest, strong, visionary, kind, brave, humorous and effervescent. Mortaza has all of them. His team mates will miss him as a captain. Hopefully, he will pass the mandatory beep-tests and prove his fitness to send his cannon-fodders among the opponents’ ranks in the coming days.

Prime Minister Sheikh Hasina wants us to research more. I think it will not be a bad idea to do more research on Mortaza. We need to use his expertise further for bringing greater goods to the nation. Best wishes! Hail Mortaza!

The writer is a lecturer, department of English, Chittagong Independent University